Tesla’s Powerwall as the beating heart of your home 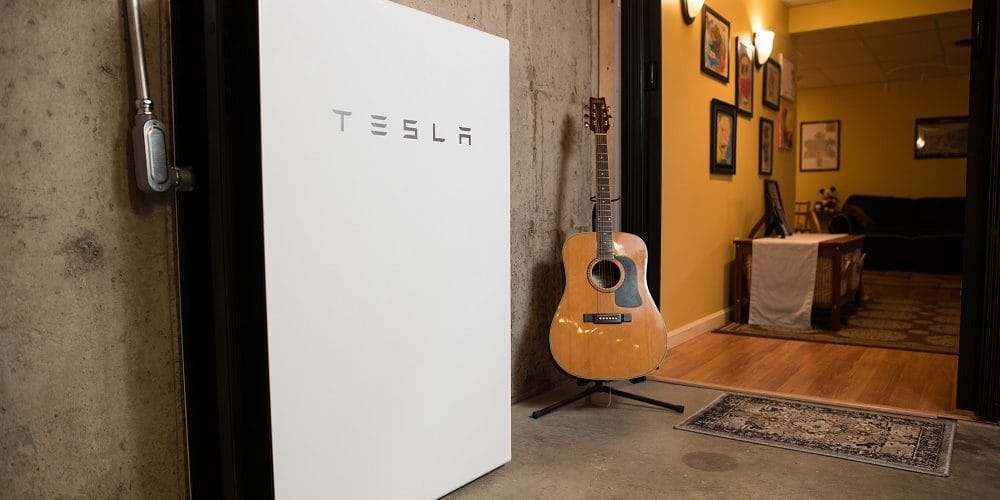 VERMONT - There are more than 100 million single-family homes in the United States of America. If each of these homes were to have two 13.5 kWh Tesla Powerwalls, that would total 2.7 Terawatt-hours worth of electricity stored. Prior research has suggested that this volume of energy storage could get us halfway to the 5.4 TWh of storage needed to let the nation get 80% of its electricity from solar and wind.

Vermont utility Green Mountain Power (GMP) seeks to remove standard electric utility metering hardware and replace it with the equipment inside of a Tesla Powerwall. Mary Powell, President and CEO of Green Mountain Power, says, “We have a vision of a battery system in every single home” and they’ve got a patent pending software solution to make it happen.

The Resilient Home program will install two standard Tesla Powerwalls each in 250 homes in GMP’s service area. The homeowner will pay either $30 a month for ten years ($3,600), or $3,000 up front. At the end of the ten year period, payments end, but the unit can stay in the home for an additional five years – or as long as it has a usable life.

A single Powerwall costs approximately $6,800, making this a major discount.

GMP notes that the home must have reliable internet access to allow GMP and Tesla to communicate with the Powerwall. GMP will control the functions of the Powerwall, expanding the scope of programs like those that saved the state’s ratepayers more than $500,000 during peak demand events last year. The utility specifically notes that customers agree to share stored energy with GMP on several peak demand days each year.

The hardware can be designed to interact with current backup generators during power outages, however, the units will not charge from the generator. As noted the utility will be making use of the hardware during normal operating times, however, during a power outage the private home owner will be able to use the electricity to back up both their house and top off their car.

The utility told pv magazine USA that the Powerwalls are standard from the factory, with GMP’s patent pending software solution being the special sauce (has a hint of recent UL certifications). GMP said the program will also get home owners “adoption ready” for solar power and other smart devices.

Sonnen’s ecoLinx is already directly interacting with a home’s electrical panel (literally throwing wifi enabled circuit breakers). Now with Tesla Powerwalls being used to replace utility meters, we see one further layer of integration that will lead to design changes that will drive residential solar toward $1/W. Electric utilities are also experimenting with controlling module level electronics and smart inverters in 100% residential penetration situations. And of course, considering that California is requiring solar – and probably storage in the future – in all new homes, we should expect to see further experimentation in this model. Off grid solar inverter manufacturers already include electric panels with their offerings.

If we add in the electric car, and have vehicle-to-grid abilities, we start to see a very strong amount of electricity generation and energy storage potentially happening in more than 100 million residential power plants. Resilient homes indeed.