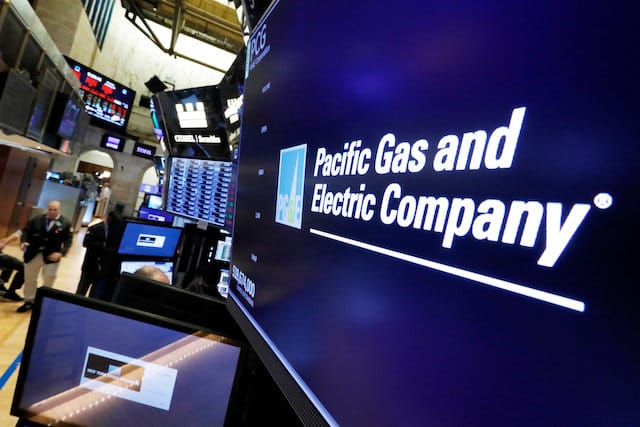 BERKELEY - Pacific Gas & Electric's plan for getting out of bankruptcy has won overwhelming support from the victims of deadly Northern California wildfires ignited by the utility's fraying electrical grid, despite concerns that they will be shortchanged by a $13.5 billion fund that's supposed to cover their losses.

The company announced the preliminary results of the vote on Monday without providing a specific tally. Those numbers are supposed to be filed with U.S. Bankruptcy Judge Dennis Montali by Friday.

The backing of the wildfire victims keeps PG&E on track to meet a June 30 deadline to emerge from bankruptcy in time to qualify for a coverage from a California wildfire insurance fund created to help protect the utility from getting into financial trouble again.

The current bankruptcy case, which began early last year, will require PG&E to pay out about $25.5 billion to cover the devastation caused by its neglect. It's the second time in less than 20 years that PG&E has filed for bankruptcy.

The backing for PG&E's plan isn't a surprise, even though some of the roughly 80,000 wildfire victims had been trying to rally resistance to what they consider to be a deeply flawed plan. The misgivings mostly center on the massive debt that the utility will take on to finance the plan and uncertainties about the fluctuating value of the $6.75 billion in company stock that comprises half of the $13.5 billion promised them.

As it became apparent that the COVID-19 pandemic would drive the economy into a deep recession, PG&E's shares plunged along with the rest of the stock market during March. That led one financial expert to estimate the PG&E stock earmarked for the wildfire victims' trust would be worth only $4.85 billion, a nearly 30% markdown.

But PG&E's stock price has rebounded in recent weeks and it's now worth more than it was when the deal setting up the victims' trust was struck last December. The shares surged more than 8% to $12.28 in Monday's late afternoon trading. The stock stood at $9.65 when PG&E reached its settlement the wildfire victims.

Critics of the utility's plan also are upset because the company still hasn't specified when the fire victims will be able to sell the shares. It now seems likely the victims will have to hold the stock through the upcoming wildfire season in Northern California, raising the specter that another calamity caused by the utility's badly outdated equipment could cause the shares to plummet before they can cash out.

A petition signed by more than 3,100 wildfire victims recently urged Gov. Gavin Newsom to consider pushing back the deadline for qualifying for the state's wildfire from June 30 to late August to allow for more time to revise PG&E's plan. Newsom's office hasn't responded to inquiry about the plan from The Associated Press.

But the lawyers representing the wildfire victims advised their clients to vote in favor of PG&E's plan, contending that it's the best deal they are going to get.

PG&E still must get its plan approved by the judge supervising its case. The confirmation hearings are scheduled to begin May 27. The judge, though, has indicated he will give great weight to the wishes of the wildfire victims.

California state regulators also must approve PG&E's plan. A vote on that is scheduled Thursday before the Public Utilities Commission.