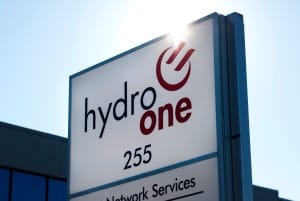 TORONTO - Ontario's premier says she's heard the plight of rural residents and is promising more than a 25-per-cent cut to their soaring power bills, but homeowners in the countryside outside of Ottawa aren't rejoicing.

They say they'll believe it when they see it.

Edith Miller is a resident of the City of Ottawa, but is one of those unhappy residents who is served by Hydro One rather than Hydro Ottawa because she lives in the rural south end.

"With their history, we know we're going to pay one way or the other. It's pretty obvious. They're not fooling anyone."- Edith Miller, resident on the rural outskirts of Ottawa

"It's ridiculous!" she says of the $500-$1,000 she pays each winter month for hydro. Miller is a hair stylist and says hydro now takes up more than one of her paycheques each month.

Even after spending thousands of dollars to convert to a wood furnace and install LED lighting, she says her bills have doubled in recent years.

"It enrages us every time we get a bill. As a matter of fact, I've been so enraged by it that I've started mailing a copy of it to Kathleen Wynne every month," said Miller.

Miller routinely compares bills with neighbours and nearby farmers and says no one can make sense of the charges and increases. She has little faith in either the Ontario government or Hydro One.

"With their history, we know we're going to pay one way or the other. It's pretty obvious. They're not fooling anyone," said Miller.

On Thursday, the Ontario Liberals announced electricity bills will be reduced by 17 per cent "on average," by the summer. When one includes the 8 per cent rebate on tax implemented Jan. 1, that cuts the savings to 25 per cent.

But electricity bills are complicated to decipher, and how that average 25-per-cent cut would come through — Hydro One says it could be as high as 31 per cent for some customers — is equally complicated.

The announcement is a great one for Hydro One customers, said Ferio Pugliese, executive vice-president of customer care and corporate affairs.

Hydro One has been telling the government about how customers are concerned about unaffordable bills. (Darren Calabrese/Canadian Press)

"It addresses affordability and relief in areas that we've been hearing about from customers in the past several, several months in our trips and in consultations with them," he said.

People who live in rural areas tend to be harder hit because the policy is to recover costs, Pugliese said. So, where there are few people and many hydro poles, those people pick up more cost than people living in urban areas.

Of its 1.3 million customers, 750,000 residential customers will now get that $60 monthly relief on the delivery line of their bills.

"So, essentially what you're doing is seeing their delivery charges come more in line with urban areas like Ottawa," said Pugliese.

But seeing $60 come off the delivery line of her bill is cold comfort to Miller, because she thinks her overall bill is way higher than it should be.