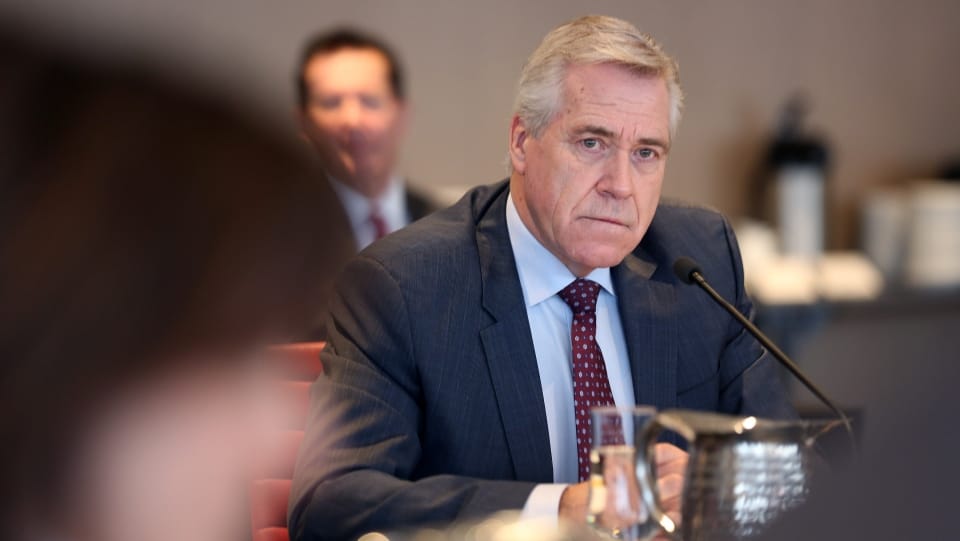 ST. JOHNS - The premiers of Quebec and Newfoundland and Labrador say they are studying how their hydroelectric resources can help the Atlantic region move away from coal power.

On his first visit to the neighbouring province as premier, Quebec's Francois Legault joined the premiers of the four Atlantic provinces at a meeting Monday in St. John's, where the group discussed power demand in the region.

Legault discussed opportunities to provide Quebec hydro power to the region, while the group of Atlantic leaders stressed the importance of a developing transmission network to bring a variety of developing clean energy sources to more markets.

Legault and Newfoundland and Labrador Premier Dwight Ball couldn't point to any specific hydro solution, but Legault raised the possibility of supplying all of Atlantic Canada's electricity with some combination of hydro power from the two provinces that have historically sparred over the resource.

"It's clear that we have, right now, some capacity, and we can add to this capacity," Legault said.

"So why don't we work together a plan, a complete plan, to serve 100 per cent of clean energy to all our provinces."

Legault said the group is studying all its options, noting resources from Quebec, the new generating capacity from the Muskrat Falls dam in development in Labrador and what he called the "very interesting" proposed Gull Island dam, also in Labrador.

Ball said transmission capacity across the region must be addressed before naming any specific solution, adding there are other sources of clean energy such as wind power from Nova Scotia.

"Without the ability to transmit the power it can't go anywhere," Ball said. "There's no question there are possibilities around to supply that ... but we need that transmission capacity available before that solution, whatever the potential solution can be identified."

As a group, the four Atlantic premiers stressed that a solid transmission network would benefit everyone.

Nova Scotia Premier Stephen McNeil said a transmission system with better access and healthy competition within power markets across the region and in New England would benefit consumers and attract businesses.

"I don't think we're competing against one another, we're not each other's enemy here," McNeil said.

He said he would look forward to buying more hydroelectric power from Newfoundland and Labrador.

Dennis King, premier of Prince Edward Island, said the group considers benefits to all Canadians when discussing the transmission network.

"We come at this as a position of proud Canadians first," King said.

The premiers spoke of the benefits the network would bring for other developing power sources, like tidal energy in the Bay of Fundy and nuclear power in New Brunswick.

The premiers said current talks will not involve re-negotiating the Churchill Falls agreement, which expires in 2041. But Legault said the provinces would work "differently," and any new agreements will be designed as a "win-win" for both provinces.

Newfoundland and Labrador faces the looming challenge of paying for excess power from the over-budget Muskrat Falls dam in Labrador, which has essentially doubled in cost since it was sanctioned and now represents about one-third of the province's considerable debt. The dam will send power to the island of Newfoundland and to Nova Scotia through subsea cables.

As the hydro dam, currently priced at $12.7 billion, inches towards completion, ratepayers in the province of about 520,000 people are on the hook for the cost of the project Ball has called the greatest economic mistake in the province's history.

NB Power and Hydro-Quebec inked a deal last week that will see more clean hydro power sold from Quebec to New Brunswick over the next two decades. Legault said Monday that the deal is relatively minor in terms of Quebec's hydro power surplus, and he deflected questions that it undercut an opportunity for Newfoundland and Labrador to sell its excess power.

"It's a step in the right direction but there's a lot of work to do to make sure New Brunswick is having more clean energy," he said.

The group said they planned to raise fiscal stabilization and the region's unique health-care needs, including its aging population and rates of chronic disease, with Freeland.

McNeil said he wants to attract more immigrants to his province and said he planned to raise the issue with Freeland.

Higgs was not present in St. John's but appeared via video. Last week, he said he wanted to speak with Freeland about Canada's softwood lumber deal with the United States.

In a statement, Higgs expressed his disappointment that flight cancellations kept him grounded and said he was looking forward to discussing softwood lumber tariffs, energy and health care through a video call.

Higgs is pushing to have New Brunswick exempted from tariffs imposed on softwood lumber exported to the U.S.

Freeland is also scheduled to meet with Ball on Tuesday morning at his Confederation Building office in St. John's.