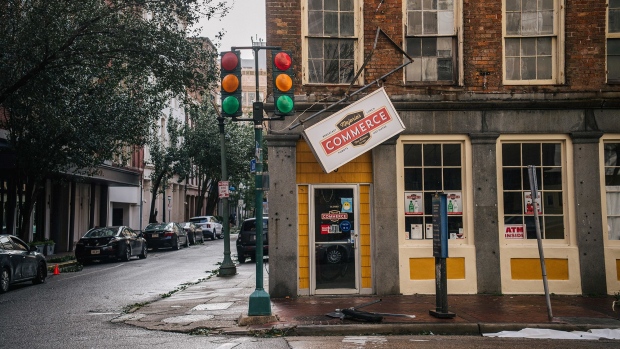 NEW ORLEANS - Infrastructure in the city of New Orleans turned in a mixed performance against the fury of Hurricane Ida, with the levees and pumps warding off catastrophic flooding even as the electrical grid failed spectacularly.

Ida’s high winds, measuring 150 miles (240 kilometers) an hour at landfall, took out all eight transmissions lines that deliver power into New Orleans, ripped power poles in half and crumpled at least one steel transmission tower into a twisted metal heap, knocking out electricity to all of the city. A total of more than 1.2 million homes and businesses in Louisiana and Mississippi lost power. While about 90,000 customers were reconnected by Monday afternoon, many could face days without electricity.

In contrast, the New Orleans area’s elaborate flood defenses seem to have held up, a vindication of the Army Corps of Engineers’ $14.5 billion project to rebuild levees, flood gates and pumps in the wake of the devastation wrought by Hurricane Katrina in 2005. While there were reports of scattered deaths tied to Ida, the city escaped the kind of flooding that destroyed entire neighborhoods in Katrina’s wake, left parts of the city uninhabitable for months and claimed 1,800 lives.

“The situation in New Orleans, as bad as it is today with the power, could be so much worse,” Louisiana Governor John Bel Edwards said Monday on the Today Show, praising the levee system’s performance. “All you have to do is go back 16 years to get a glimpse of what that would have been like.”

While the levees’ resiliency is no doubt due to the rebuilding effort that followed Katrina, the starkly different outcomes also stems from the storms’ different characteristics. Katrina slammed the coast with a 30-foot storm surge of ocean water, while preliminary estimates from Ida put its surge far lower.

Ida’s winds, however, were stronger than Katrina’s, and that’s what ultimately took out so many power lines. Deanna Rodriguez, the chief executive officer of power provider Entergy New Orleans, declined to comment on when service would be restored, saying the company was using helicopters and drones to help assess the damage.

Michael Webber, an energy and engineering professor at the University of Texas at Austin, estimated power restoration will take days and possibly weeks based on the initial damage reports from the storm. More than 25,000 workers from at least 32 states and Washington are mobilized to assist with power restoration efforts, according to the Edison Electric Institute.

“The question is, how long will it take to rebuild these lines,” Webber said. The utilities will first need to complete their damage assessments before they can get a sense of repair timelines, he said. “You can imagine that will take days at least, possibly weeks.”

The loss of electricity will have other affects as well. Sewer substations, for example, need electricity to keep wastewater moving, said Ghassan Korban, executive director of the New Orleans Sewerage & Water Board. The storm knocked out power to about 80 of the city’s 84 pumping stations, he said at a Monday press conference. “Without electricity, wastewater backs up and can cause overflows,” he said, adding that residents should conserve water to lessen stress on the system.