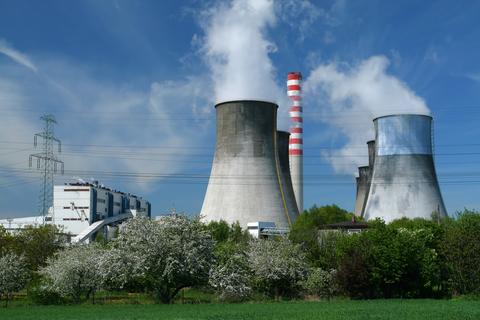 The 19th Nuclear Industry Association annual conference in London will highlight the need for a proven, dependable source of low carbon electricity generation alongside growth in weather-dependent solar and wind power.

Without this, they argue, the country risks embedding a major reliance on carbon-emitting gas fired power stations for generations to come.

The survey, conducted by YouGov in October 2019, has tracked opinion trends on nuclear for more than a decade. It shows continued and consistent public support for an energy mix including nuclear and renewables, with 72% of respondents agreeing this was needed to ensure a reliable supply of electricity.

Nuclear power was also perceived as the most secure energy source for keeping the lights on, compared to other sources such as oil, gas, coal, wind power, fracking and solar power.

Last month both the Labour and Conservative Parties committed to new nuclear power as part of their election Manifestos. At the same time, 27 leading figures in the fields of environment, energy, and industry signed an open letter addressed to parliamentary candidates, which set out the benefits of nuclear and underscored the consequences of not, at least, replacing the UK's current fleet of power stations.

The Nuclear Industry Association said there is no time to be lost in clarifying the ambition and the financing rules for new nuclear power which would bring down costs and unlock a major programme of investment.

Tom Greatrex, Chief Executive of the NIA, said "We have to grow the industry's contribution to a low carbon economy. The independent Committee on Climate Change said earlier this year that we need a variety of technologies including nuclear power/1 to reach the UK's Net Zero emissions target by 2050".

"This is a proven, dependable, technology with lower lifecycle CO2 emissions than solar power and the same as offshore wind/2. It is also an important economic engine for the UK, creating high quality direct and indirect employment for around 155,000 people."

"Right now nuclear provides 20%/3 of all the UK's electricity but all but one of our existing fleet will close over the next decade and power demand will only increase with a shift to electric heating and vehicles."