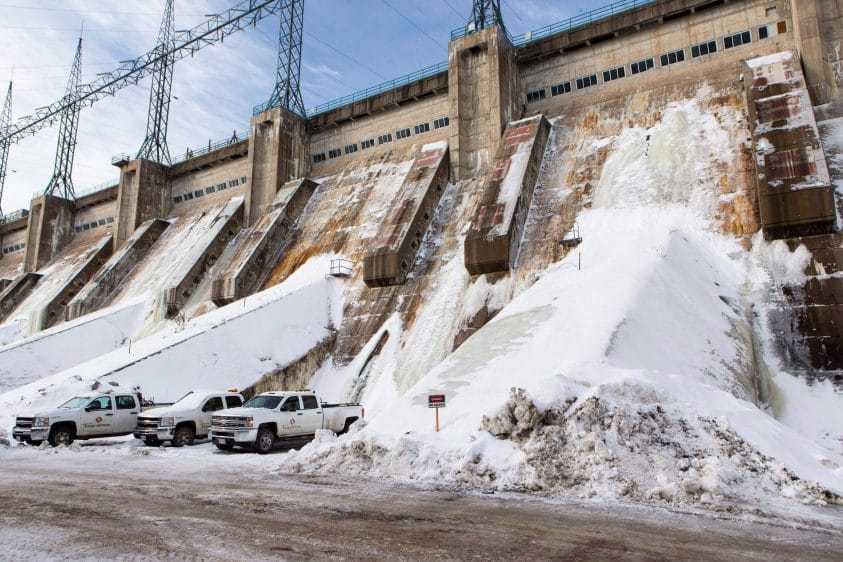 FREDERICTION - NB Power and Hydro-Quebec have signed three deals that will see Quebec sell more electricity to New Brunswick and provide help with the refurbishment of the Mactaquac hydroelectric generating station.

Under the first agreement, Hydro-Quebec will export 47 terawatt hours of electricity to New Brunswick between now and 2040 over existing power lines — expanding on an agreement in place since 2012.

The second deal will see Hydro-Quebec share expertise for part of the refurbishment of the Mactaquac dam to extend the useful life of the generating station until at least 2068, when the 670 megawatt facility on the St. John River will be 100 years old.

Since the 1980s, concrete portions of the facility have been affected by a chemical reaction that causes the concrete to swell and crack.

Hydro-Quebec has been dealing with the same problem, and has developed expertise in addressing the issue.

“This is why we have signed a technical collaboration agreement between Hydro-Quebec and us for part of the refurbishment of the Mactaquac generating station,” NB Power president Gaetan Thomas said Friday.

“We understand how important it is to ensure the long term sustainability of these facilities and we are happy to share the expertise that Hydro-Quebec has acquired over the years,” Martel said.

The refurbishment of the Mactaquac generating station is expected to cost between $2.9 billion and $3.5 billion. Once the work begins, each of the facility’s six generators will have to be taken offline for months at a time, and Thomas said that’s where the increased power from Quebec will come into use.

He expects the power could cost about $100 million per year but will be much cheaper than other sources.

The third agreement calls for talks to begin for the construction of additional power connections between Quebec and New Brunswick to increase exports to Atlantic Canada and the United States.

“Building new interconnections and allowing for increased power transfer between our systems could be mutually beneficial. More than ever, we are looking to the future,” Martel said.

“Partnering will permit us to seize new business opportunities together and pool our effort to support de-carbonization and fight against climate change, both here and in our neighbourhood market,” he said.