Maritime Electric team works on cleanup in Turks and Caicos 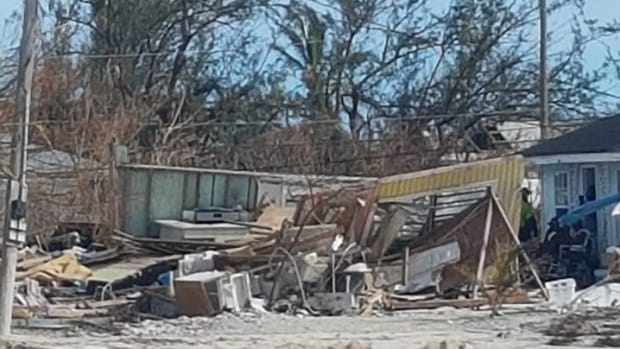 TORONTO - Maritime Electric has sent a crew to help in the clean up and power restoration of Turks and Caicos after the Caribbean island was hit by Hurricane Irma.

They arrived earlier this week and are working on removing debris and equipment so when supplies arrive, power can be brought back online.

Fortis Inc., the parent company for Maritime Electric operates a utility in Turks and Caicos.

Kim Griffin, spokesperson for Maritime Electric, said there are over 1000 poles that were brought down by the storm.

"It's really an intense storm recovery," she said. 'Good spirits'

The crew is working with less heavy equipment than they are used to, climbing poles instead of using bucket trucks, in hot and humid weather.

Griffin said their focus is getting essential services restored as quckly as possible.

The crew will be there for two or three weeks and Griffin said Maritime Electric may send another group to continue the job.

She said the team has been well received and is in "good spirits."

"The people around them have been very positive that they're there," she said.

"They've said it's just been overwhelming how kind and generous the people have been to them."