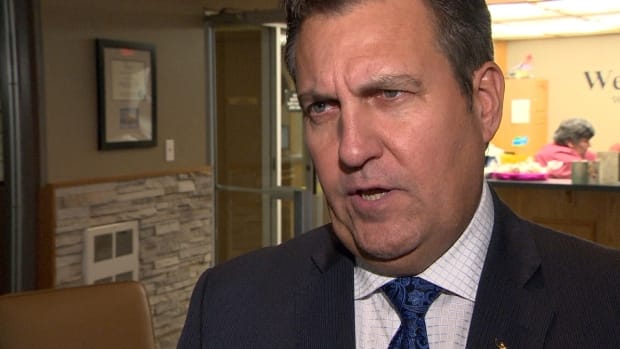 WINNIPEG - Manitoba's energy minister is recharging the idea of building an east-west power transmission grid and says the federal government needs to help.

Cliff Cullen told the Energy Council of Canada's western conference on Tuesday that Manitoba has "a really clean resource that we're ready to share with our neighbours" as new hydro generation projects come online.

"This is a really important time to have that discussion about the reliability of energy and how we can work together to make that happen," said Cullen, minister of growth, enterprise and trade.

"And, clearly, an important component of that is the transmission side of it. We've been focused on transmission ... north and south, and we haven't had that dialogue about east-west."

Most hydro-producing provinces currently focus on exports to the United States.

Saskatchewan Energy Minister Dustin Duncan said his province, which relies heavily on coal-fired electricity plants, could be interested in getting electricity from Manitoba.

"They're big projects. They're multibillion-dollar projects," Duncan said after speaking on a panel with Cullen and Alberta Energy Minister Margaret McCuaig-Boyd.

"Even trying to do the interconnects to the transmission grid, I don't think they're as easy or as maybe low cost as we would just imagine, just hooking up some power lines across the border. It takes much more work than that."

Cullen said there's a lot of work to do on building east-west transmission lines if provinces are going to buy and sell electricity from each other. He suggested that money is a key factor.

"Each province has done their own thing in terms of transmission within their jurisdiction and we have to have that dialogue about how that interconnectivity is going to work. And these things don't happen overnight," he said.

"Hopefully the federal government will be at the table to have a look at that, because it's a fundamental expense, a capital expense, to connect our provinces."

The 2016 federal budget said significant investment in Canada's electricity sector will be needed over the next 20 years to replace aging infrastructure and meet growing demand for electricity.

The budget allocated $2.5 million over two years to Natural Resources Canada for regional talks and studies to identify the most promising electricity infrastructure projects.

In April, the government told The Canadian Press that Natural Resources Canada has been talking with ministry representatives and electric utilities in the western and Atlantic provinces.

The idea of developing an east-west transmission grid has long been talked about as a way to bring energy reliability to Canadians.

At their annual meeting in 2007, Canada's premiers supported development and enhancement of transmission facilities across the country, although the premiers fell short of a firm commitment to an east-west energy grid.

Manitoba, Ontario and Newfoundland and Labrador are the most vocal proponents of east-west transmission.

Manitoba and Newfoundland want the grid because of the potential to develop additional exports of hydro power, while Ontario sees the grid as an answer to its growing power needs.