Manitoba looking to raise electricity rates 2.5 per cent each year for 3 years 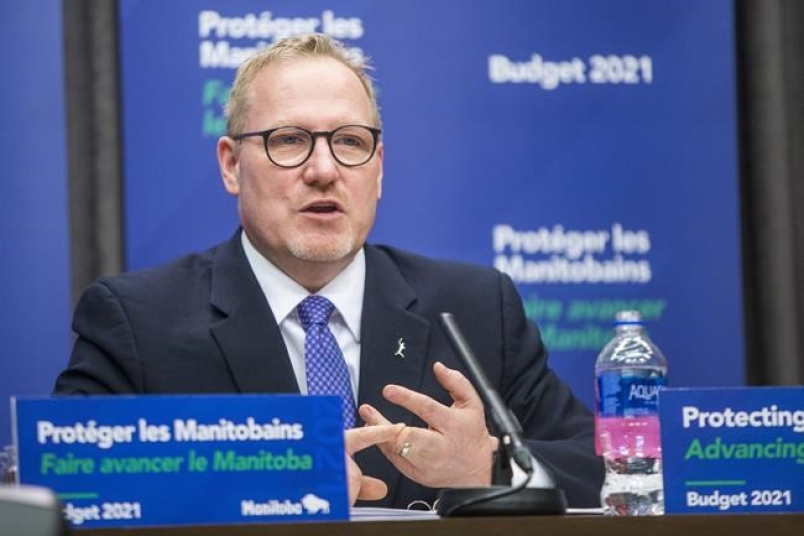 Manitoba Finance Minister Scott Fielding says the government is planning to raise electricity rates by 2.5 per cent a year over the next three years

WINNIPEG - The Manitoba government is planning to raise electricity rates by 2.5 per cent a year over the next three years.

Finance Minister Scott Fielding says the increases, to be presented in a bill before the legislature, are the lowest in a decade and will help keep rates among the lowest in Canada.

Crown-owned Manitoba Hydro had asked for a 3.5 per cent increase this year to help pay off billions of dollars in debt.

“The way we figured this out, we looked at the rate increases that were approved by PUB (Public Utilities Board) over the last ten years, (and) we went to 75 per cent of that,” Fielding said during a Thursday morning press conference.

“It’s a pandemic, we know that there’s a lot of people that are unemployed, that are struggling, we know that businesses need to recharge after the business (sic), so this will provide them an appropriate break.”

Electricity rates are normally set by the Public Utilities Board, a regulatory body that holds public hearings and examines the Crown corporation’s finances.

The Progressive Conservative government has temporarily suspended the regulatory process and has set rates itself.

Manitoba Liberal leader Dougald Lamont was quick to condemn the move, saying in a news release the PCs “are abusing their power and putting Hydro’s financial future at risk by fixing prices in the hope of buying some political popularity.”

“Hydro’s rates should be set by the PUB after public hearings, not figured out on the back of a napkin in the Premier’s office,” Lamont wrote.

Fielding noted the increase would appear as an amendment to Bill 35, which will appear in the legislature this fall.

“All members of the legislative assembly will vote and debate this rate increase on Bill 35,” Fielding said.

“This will give the PUB time to implement reforms, and allow the utilities to prepare a more rigorous, multi-year review application process.”