New York and New England Need More Clean Energy. Is Hydropower From Canada the Best Way to Get it? 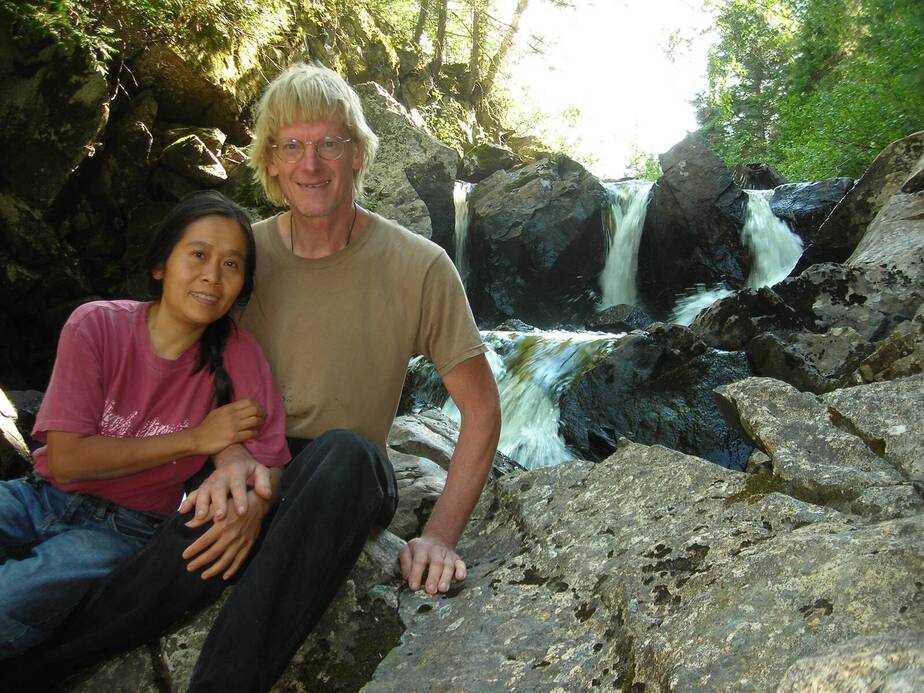 MAINE - As the sole residents of unorganized territory T5 R7 deep within Maine's North Woods, Duane Hanson and his wife, Sally Kwan, have watched the land around them—known for its natural beauty, diverse wildlife and recreational fishing—transformed by decades of development.

But what troubles them most is what could happen in the next few months. State and corporate officials are pushing for construction of a 53-mile-long power line corridor cutting right through the woods and abutting the wild lands surrounding Hanson's property.

If its proponents succeed, Hanson fears the corridor may represent the beginning of the end of his ability to live "off the land" away from the noise of technology-obsessed modern society. Soon, that noise may be in his backyard.

"I moved here to be in the pristine wilderness," said Hanson.

With his life in what he considers the last "wild" place left on the East Coast on the line, the stakes have never felt higher to Hanson—and many across New England, as well.

The corridor is part of the New England Clean Energy Connect, one of two major and highly controversial transmission line projects meant to deliver Canadian hydropower from the government-owned utility HydroQuébec to New England electricity consumers.

As New England states rush to green their electric grids and combat the accelerating climate crisis, the simultaneous push from Canada to expand the market for hydroelectric power from its vast water resources has offered these states a critical lifeline at just the right moment.

The other big hydropower transmission line project will deliver 1,000 megawatts of power, or enough to serve approximately one million residential customers, to the New York City metropolitan area, which includes the city, Long Island, and parts of the Hudson Valley, New Jersey, Connecticut and Pennsylvania.

There, the Champlain Hudson project will interconnect to a sector of the New York electricity grid where city and corporate officials say the hydropower supplied can help reduce the fossil fuels that currently comprise significantly more of the base load than in other parts of the state. Though New York has yet to finalize a contract with HydroQuébec over its hydropower purchase, developers plan to start construction on the $2.2 billion project in 2021 and say it will be operational in 2025.

The New England project consists of 145 miles of new HVDC transmission line that will run largely above ground from the Canadian border, through Maine to Massachusetts. The $1 billion project, funded by Massachusetts electricity consumers, is expected to deliver 1,200 megawatts of clean energy to the New England energy grid, becoming the region's largest clean energy source.

Central Maine Power, which will construct the Maine transmission corridor, says the project will decrease wholesale electric rates and create thousands of jobs. Company officials expect to receive all necessary permits and begin construction by the year's end, with the project completed and in service by 2020.

With only months until developers start making both projects on-the-ground realities, they have seized public attention within, and beyond, their regions.

Hanson is one among many concerned New England and New York residents who've joined the ranks of environmental activists in a contentious battle with public and corporate officials over the place of Canadian hydropower in their states' clean energy futures.

But some environmental activists say hydropower has a significant carbon footprint of its own. They fear the projects will make states look "greener" at the expense of the local environment, Indigenous communities, and ultimately, the climate.

"We're talking about the most environmentally and economically just pathway" to decarbonization, said Annel Hernandez, associate director of the NYC Environmental Justice Alliance. "Canadian hydro is not going to provide that."

"We need every bit of clean energy we can get our hands on," he said, to meet the city's goal of carbon neutrality by 2050 and help achieve the state's clean energy mandates.

Removing Canadian hydropower from the equation, said Zarilli, would commit the city to the "unacceptable outcome" of burning more gas. The city's marginalized communities would likely suffer most from the resulting air pollution and associated health impacts.

While the two camps debate Canadian hydropower's carbon footprint and what climate justice requires, this much is clear: When it comes to pursuing a zero-carbon future, there are no easy answers.

Hydropower's Carbon Footprint
Many people take for granted that because hydropower production doesn't involve burning fossil fuels, it's a carbon-neutral endeavor. But that's not always the case, depending on where hydropower is sourced.

Large-scale hydropower projects often involve the creation of hydroelectric dams and reservoirs. The release and flow of water from the reservoir through the dam provides the energy necessary to generate hydropower, which long-distance power lines, or transmission lines, carry to its intended destination—in this case, New England and New York.

The initial process of flooding land to create a hydroelectric reservoir can have a sizable carbon footprint, especially in heavily vegetated areas. It causes the vegetation and soil underwater to decompose, releasing carbon dioxide and methane—a greenhouse gas 84 times more potent over a 20-year period than carbon dioxide.

As New England works to introduce substantial amounts of Canadian hydropower to its electricity grid, hydropower proponents are promoting it as a prime source for clean electricity.