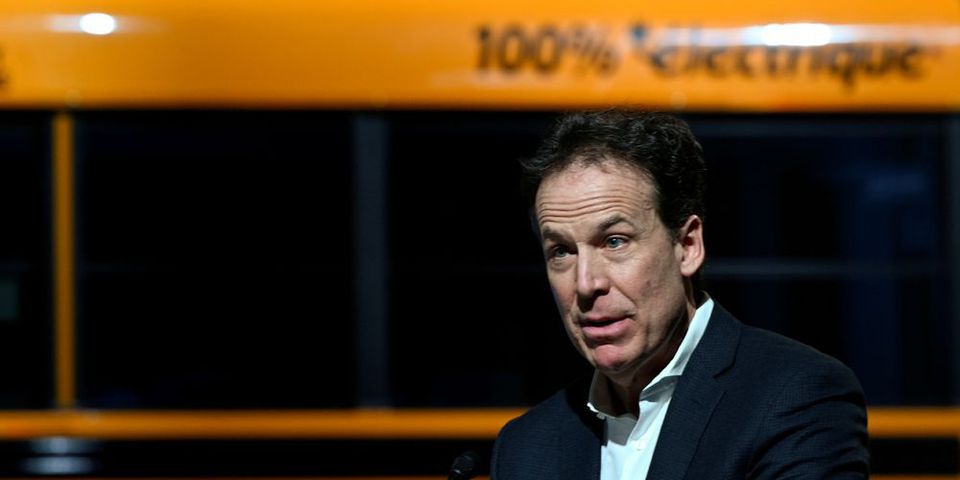 TORONTO - Lion Electric Co. is moving at lightspeed. Since May, the St. Jerome-based electric truck and bus company has listed publicly on both the New York Stock Exchange and the Toronto Stock Exchange, closed a merger with a special purpose acquisition company Northern Genesis Acquisition Corp. that raised about $500 million, and announced a new manufacturing facility in Illinois, to add to an existing facility in Quebec.

“Some people say they lost the year from COVID, but I cannot say that,” said Marc Bedard, chief executive and founder of the company, who also received a new grandchild during that time.

And last week, the company revealed it would build its $185 million battery assembly plant, backed by $50 million loans from both the Quebec and federal governments, and a research and development center at the Montreal-Mirabel International Airport.

The flurry of recent activity also presents a case study in why the transition to electric vehicles is causing so many headaches for those trying to predict which companies will flourish and which will not.

By all accounts, the company’s growth is rapid. Lion Electric has 400 vehicles on the road already, and recently disclosed it has received more than 800 new vehicle orders for the next 12 months, with high-profile customers including Amazon Inc., Ikea, Sobey’s as well as large school districts in North America.

Meanwhile, its first quarter revenue rose to $6.2 million, up more than 416 per cent year over year, from the $1.2 million earned in the first quarter of 2020.

And yet, analysts paused.

National Bank Financial called the first quarter a “miss,” noting the average sales price of a vehicle was only $259,000 versus its estimate of nearly $320,000. This mostly resulted from the mix of vehicle sales, with more lower cost buses being ordered — accounting for 75 per cent of current order backlog — than trucks. The average cost per vehicle also came in higher than expected at $335,000 versus $272,000.

The National Bank analysts raised their expectations for vehicle sales, and stuck to their “outperform” rating of Lion Electric, even as they lowered their revenue forecast for 2021.

“Lion is still at an early stage of commercial sales, and we believe the focus over the next two years will be on growing its customer base, production capacity and product portfolio,” National Bank Financial wrote. “We anticipate losses for the next few quarters with increased business and product development spending.”

Bedard, meanwhile, said his company has stopped giving financial guidance, and is just happy that analysts have started paying attention.

“This is great, nobody was following us a couple months ago,” he said.

Earlier this month, Lion Electric announced that First Student Inc., a large student transportation company based in Cinncinati, Oh., had ordered 260 electric school buses. Bedard added that although the company is currently selling more school buses than trucks, he expects that to shift.

While the company’s battery assembly plant at Mirabel-Montreal International Airport won’t be manufacturing batteries. It will import battery cells, likely from South Korea, at least until there is a supplier in Canada or the U.S., according to Bedard, and then assembling them into batteries for its own trucks and buses.

Some in Canada’s automotive industry are elated by what they see as the first signs of an electric vehicle supply chain sprouting up here in Canada.

Flavio Volpe, president of the Automotive Parts and Manufacturing Association of Canada, said the problem with trying to conduct a financial analysis of Lion is the company is operating in an industry “that doesn’t exist yet.”

“This is the first time in history where governments around the world are essentially at a consensus that they’re going to disrupt the drivetrain of every car that’s made,” he said. “Every car will change in 10 to 15 years.”

The new Canada-U.S.-Mexico trade agreement included a provision that applies a 2.5 per cent tariff based on a complex analysis of whether the core parts of a vehicle were manufactured in North America, according to Volpe. That should incentivize automakers in North America to source parts here, he said.

But Volpe thinks the rapid growth occurring today, backed by government policies, will not last forever.

“Now’s the time to put the pedal further down,” said Volpe.

But asked if he thinks Canada will be able to establish its own independent electric vehicle supply chain, he demurred: “It’s a coin flip.”