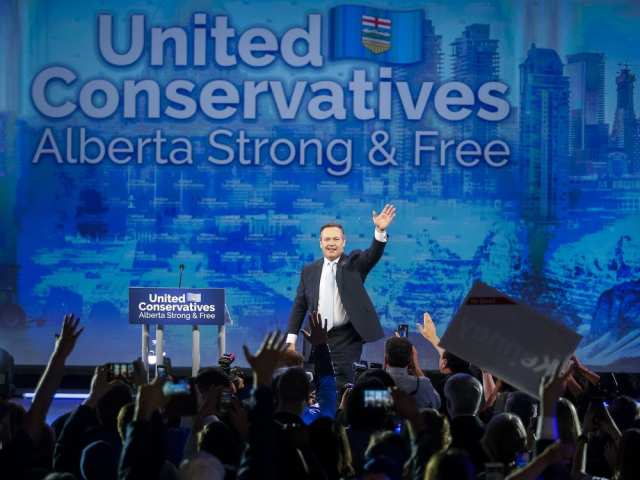 CALGARY - Hearings kicked off this week into the future of the province’s electricity market design, but a high-stakes decision about the industry’s fate — affecting billions of dollars in investment and consumer costs — won’t be made inside the meeting room of the Alberta Utilities Commission.

Instead, it will take place in the office of Jason Kenney, as the incoming premier prepares to pivot away from the seismic reforms to Alberta’s electricity sector introduced by the Notley government.

The United Conservative Party has promised to adopt market-based policies that will reset how the sector operates, from its approach to renewable energy and carbon pricing to re-evaluating the planned transition to an electricity “capacity market.”

“Every ball in electricity is up in the air right now,” Vittoria Bellissimo, of the Industrial Power Consumers Association of Alberta, said Tuesday during a break in the commission hearings.

Industry players are uncertain how quickly the UCP will change direction on power policies, but there’s little doubt Kenney’s government will take a strikingly different approach to the sector that keeps the lights on in Alberta.

“There’s some things they are going to change that are going to impact the electricity industry significantly,” said Duane Reid-Carlson, chief executive of consultancy EDC Associates.

“But I don’t think it’s going to be upheaval. I think the new government will proceed with caution because electricity is the foundation of our economy.”

Alberta’s electricity market has been turned on its head in recent years due to the recession, power prices dropping to near two-decade lows and several transformative policies initiated by the NDP.

The Notley government’s climate plan included an accelerated phase-out of all coal-fired generation and set targets for more renewable energy.

The most significant, but least-understood, move has been the planned shift to an electricity capacity market in 2021.

Under the strategy, generators will no longer solely be paid for the power produced and sold into the market; they will also receive payments for having electricity capacity available to the grid on demand.

The change was recommended by the Alberta Electric System Operator (AESO) as a way to reduce price volatility and provide more reliability than the current energy-only market.

The independent system operator and industry officials have spent more than two years planning the transition since the switch was announced in late 2016. Proposed rules for the new system are now being discussed at the Alberta Utilities Commission hearings.

However, there is no ironclad guarantee the system remake will go ahead following the UCP’s election victory last week — it plans to study the issue further — while other substantive electricity changes are already in store.

The UCP has promised to end “costly subsidies” to renewable energy developments and abandon the NDP’s pledge to have such energy sources make up 30 per cent of all power generation by 2030.

It will remove the planned phase-out of coal-fired electricity generation, although federal regulations for a 2030 prohibition remain in place.

It will also ask the auditor general to conduct a special audit of the massive losses sustained by the province’s Balancing Pool due to power purchase arrangements being handed back to the agency three years ago.

While Kenney has pledged to cancel the provincewide carbon tax, a levy on large industrial greenhouse gas emitters (such has power plants) will still be charged, although at a reduced rate of $20 a tonne.

The biggest unknown remains the power market’s structure, which underpins how the entire system operates.

The UCP has promised to consult on the shift to the capacity market and report back to Albertans within 90 days.

The complex issue may sound like an eye-glazer, but it will have a profound effect on industry investment, as well as how much consumers pay on their monthly electricity bills.

A number of industry players worry the capacity market will lead AESO to procure more power than is necessary, foisting unnecessary costs onto all Albertans.

“I still have concerns for what the impact on consumers is going to be,” said energy market consultant Sheldon Fulton. “I’d love to see the capacity market go away.”

An analysis by EDC Associates found the transition to a capacity market will procure additional electricity before it’s needed, requiring consumers to pay up to 40 per cent more — an extra $1.4 billion — for power in 2021-22 than under the existing market structure.

“But it really matters about getting this right.”

Evan Bahry, executive director of the Independent Power Producers Society of Alberta, said the fact the UCP’s review was confined to just 90 days is helpful, as it avoids throwing the entire industry into a prolonged period of uncertainty.

As for the greening of Alberta’s power grid, the demise of the NDP’s Renewable Electricity Program will likely slow down the rapid pace of wind and solar development. But it’s unlikely to stop the growth trend as costs continue to fall for such developments.

“Renewables over the last number of years have evolved to the point that they make sense on a subsidy-free basis,” said Dan Balaban, CEO of Greengate Power Corp., which has developed 480 MW of wind power in Alberta and Ontario.

“There is a path forward.”