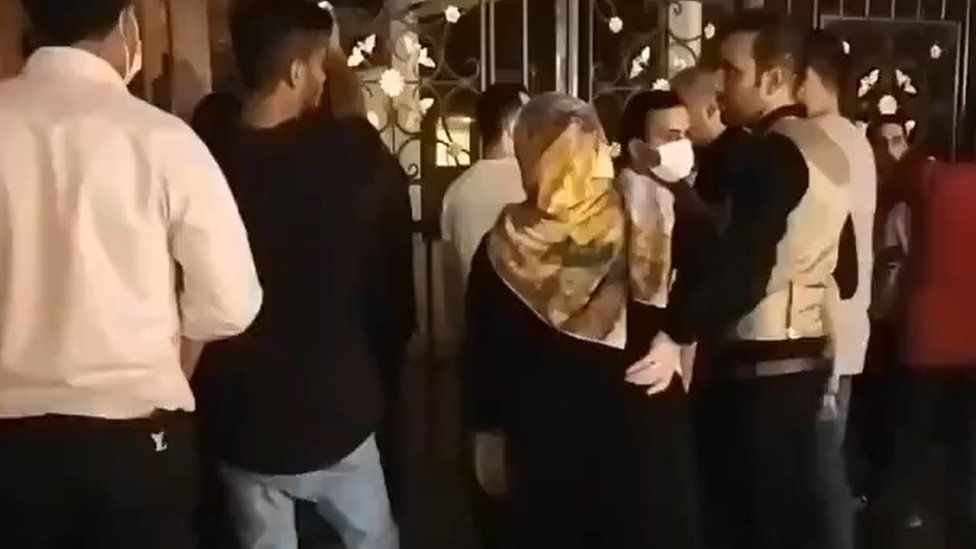 TEHRAN - There have been protests in a number of cities in Iran amid rising public anger over widespread electricity blackouts.

Some people can be heard shouting "Death to the dictator" and "Death to Khamenei" - a reference to Supreme Leader Ayatollah Ali Khamenei.

The government has apologised for the blackouts, which it has blamed on a severe drought and high demand.

President Hassan Rouhani explained in televised remarks on Tuesday morning that the drought meant most of the country's hydroelectric power plants were not operating, and that electricity consumption had surged as people used air conditioning to cope with the intense summer heat.

"I apologise to our dear people who have faced problems and suffering in the past few days and I urge them to co-operate [by cutting their electricity use]. People complain about power outages and they are right," Mr Rouhani said.

A video that has gone viral in recent days shows a woman complaining about the blackouts and corruption at a government office in the northern city of Gorgan and demanding that her comments be conveyed to "higher-ups like Mr Rouhani". "The only thing you have done is forcing hijab on us," she shouts.

The president has promised that the government will seek to resolve the problems within the next two or three weeks.

However, a power sector spokesman warned on Monday that consumption was exceeding the production capacity of Iran's power plants by 11GW, and said a "looming heat wave" could make the situation worse.

Iranians have also been complaining about water shortages and the non-payment of wages by some local authorities, while thousands of people working in Iran's oil industry have been on strike over pay and conditions.

There was already widespread discontent at government corruption and the economic hardship caused by sanctions that were reinstated when the US abandoned a nuclear deal with Iran three years ago.

Analysts say that after the historically low turnout in last month's presidential election, when more than half of the eligible voters stayed at home, the government is facing a serious challenge to its legitimacy.

Mr Rouhani will be succeeded next month by Ebrahim Raisi, a hard-line cleric close to Ayatollah Khamenei who won 62% of the vote after several prominent contenders were disqualified.

The 60-year-old former judiciary chief has presented himself as the best person to combat corruption and solve Iran's economic problems.

But many Iranians and human rights activists have pointed to his human rights record, accusing him of playing a role in the executions of thousands of political prisoners in the 1980s and in the deadly crackdowns on mass anti-government protests in 2009 and 2019.