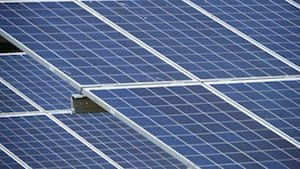 india cites a “threat of serious injury” to their domestic industry.

NEW DELHI - India, the largest importer of Chinese solar equipment, proposed a 70 per cent "safeguard duty" on cells and modules shipped from China and Malaysia, citing “threat of serious injury” to the domestic industry.

Acting on an application by five local cell and module makers, the Directorate General of Safeguards, Customs and Central Excise made the proposal in a document dated Jan. 5. It recommended the levy remain in effect for 200 days.

“Existing critical circumstances justify the immediate imposition of a provisional safeguard duty in order to save the domestic industry from further serious injury, which would be difficult to repair,” the Finance Ministry said in the document, also citing the potential for job losses.

India’s annual manufacturing capacity for solar cells is only around 3 GW, compared with the average requirement of 20 GW, according to a government note last month. The rest has to be purchased on the international market, it said. The South Asian nation was the largest solar-cell and module importer from China last year, buying a third of that nation’s $8 billion of shipments from January through September, according to research by Bloomberg New Energy Finance.

The ministry’s document said China’s solar exports to India constituted 1.52 percent of its total global exports during 2012, a figure that surged to almost 22 percent in 2016.

“India’s solar story is built on Chinese panels, and the duty, if implemented, would mean the end of record low solar tariffs that we saw in 2017,” said Vandana Gombar, a BNEF analyst in New Delhi.