Indian government takes steps to get nuclear back on track 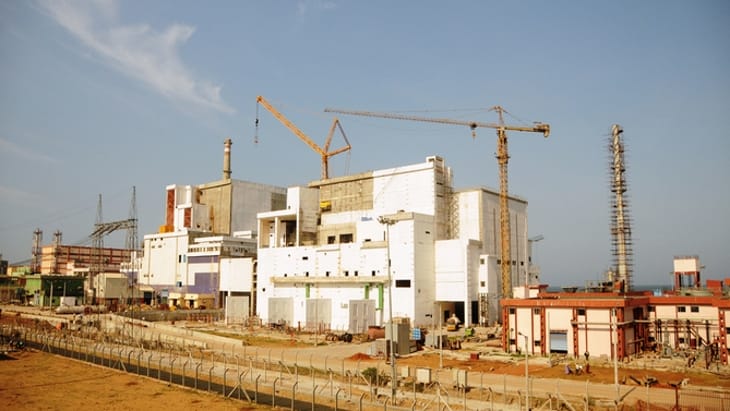 DELHI - A lack of available domestically produced nuclear fuel and delays in constructing and commissioning nuclear power plants, including first-of-a-kind plants and the Prototype Fast Breeder Reactor (PFBR), meant that India failed to meet its nuclear generation targets under the governmental plans over the decade to 2017.

India's nuclear generation target under its 11th five-year plan, covering the period 2007-2012, was 163,395 million units (MUs) and the 12th five-year Plan (2012-17) was 241,748 MUs, Minister of state for the Department of Atomic Energy and the Prime Minister's Office Jitendra Singh told parliament on 6 February. Actual nuclear generation in those periods was 109,642 MUs and 183,488 MUs respectively, Singh said in a written answer to questions in the Lok Sabah.

Singh attributed the shortfall in generation to a lack of availability of the necessary quantities of domestically produced fuel during the three years before 2009-2010; delays to the commissioning of two 1000 MWe nuclear power plants at Kudankulam due to local protests and legal challenges; and delays in the completion of two indigenously designed pressurised heavy water reactors and the PFBR.

Kudankulam 1 and 2 are VVER-1000 pressurised water reactors (PWRs) supplied by Russia's Atomstroyexport under a Russian-financed contract. The units were built by Nuclear Power Corporation of India Ltd (NPCIL) and were commissioned and are operated by NPCIL under International Atomic Energy Agency (IAEA) safeguards, with supervision from Russian specialists. Construction of the units - the first PWRs to enter operation in India - began in 2002.

Singh said local protests resulted in the halt of commissioning work at Kudankulam for nine months from September 2011 to March 2012, when he said project commissioning had been at its peak. As a consequence, additional time was needed to remobilise the workforce and contractors, he said. Litigation by anti-nuclear groups, and compliance with supreme court directives, impacted commissioning in 2013, he said. Unit 1 entered commercial operation in December 2014 and unit 2 in April 2017.

Delays in the manufacture and supply by domestic industry of critical equipment for first-of-a-kind 700 MWe pressurised heavy water reactors -  Kakrapar units 3 and 4, and Rajasthan units 7 and 8 - has led to delays in the completion of those units, the minister said, as well as noting the delay in completion of the PFBR, which is being built at Kalpakkam by Bhavini. In answer to a separate question, Singh said the PFBR is in an "advance stage of integrated commissioning" and is "expected to approach first criticality by the year 2020."

Kakrapar 3 and 4 and Rajasthan 7 and 8 are all currently expected to enter service in 2022, according to World Nuclear Association information.

An exploratory discussion had also been held with Oil & Natural Gas Corporation, Singh said. Indian Railways - which has in the past been identified as a potential joint venture partner for NPCIL - had "conveyed that they were not contemplating entering into an MoU for setting up of nuclear power plants," Singh said.