35 arrested in India for stealing electricity 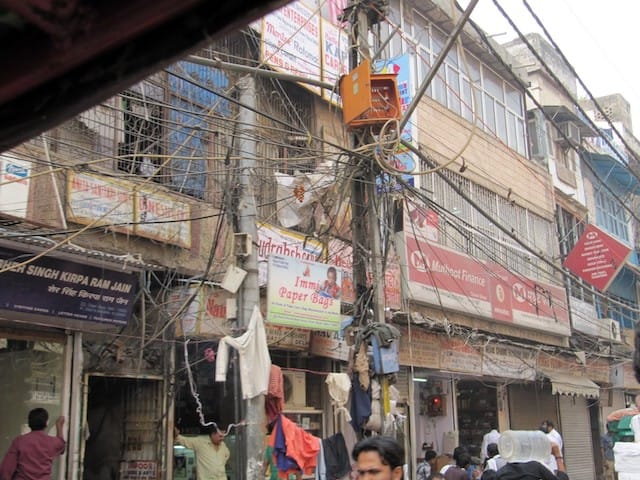 MUMBAI - In a raid conducted at Antop Hill in Wadala on Saturday, a total of 35 people were nabbed by the vigilance department for stealing electricity to the tune of Rs 72 lakh.

It was the second such raid conducted in the past one week, where operators have been nabbed.The cash-strapped BEST is now tightening it's grasp on `operators' who steal electricity from BEST sources and provide it to their own customers on a meagre monthly rent.

After receiving a tip-off about the theft of electricity in the Sangam Nagar area of Wadala, about 90 personnel of the BEST conducted a raid. After visiting the spots, it was found that illegal connections were made from the sub-station and other electricity boxes of the BEST in the area.

According to BEST officials, the residents from the area would come up to the accused, identified as David Anthony, and would pay a fixed amount at the end of every month for unlimited supply of power. Anthony would with draw power directly from meter cabins and electricity boxes in the area. The wires he connected to these were in turn connected to households who made the arrangement with him. An official from BEST also explained that as soon they reach a location to conduct raids and vehicles of BEST officials are spotted by residents, most of the connections are cut off, which makes it difficult for them to prove the theft case However, on Saturday, BEST officials managed to conduct the raid swiftly and nab 35 people.

All who had illegal connections were named in the complaint and an FIR was registered against them, including Anthony, who himself had illegal connections in his house. They were produced in Session court and given bail. Chief Vigilance Officer of BEST, RJ Singh said, "Most of these are commercial establishments in these shanties, which steal electricity. It is very important to catch hold of the operators as they are the providers and we need to break their backbone."