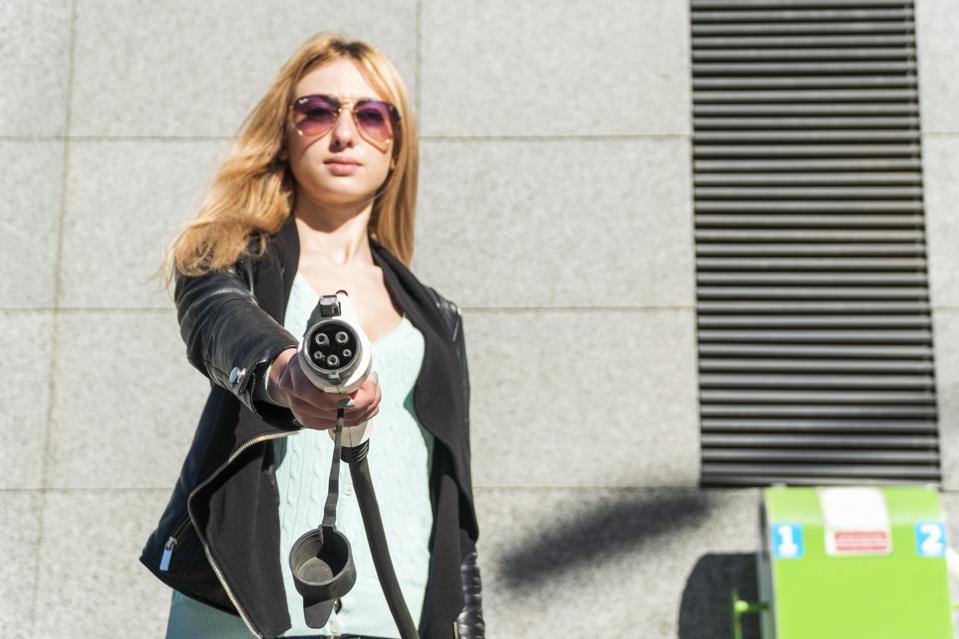 NEW YORK - One of the most frequent concerns you will see from electric vehicle haters is that the electricity grid can’t possibly cope with all cars becoming EVs. However, they haven’t done the math properly. The grids in most developed nations will be just fine, so long as the demand is properly management. Here’s how.

The biggest mistake the social media keyboard warriors make is the very strange assumption that all cars could be charging at once. In the UK, there are currently 32,697,408 cars according to the UK Department of Transport. The UK national grid had a capacity of 75.8GW in 2020. If all the cars in the UK were EVs and charging at the same time at 7kW (the typical home charger rate), they would need 229GW – three times the UK grid capacity. If they were all charging at 50kW (a common public DC charger rate), they would need 1.6TW – 21.5 times the UK grid capacity. That sounds unworkable, and this is usually the kind of thinking behind those who claim the grid won’t handle EVs.

What they don’t seem to realize is that the chances of every single car charging all at once are infinitesimally low. Their arguments seem to assume that nobody ever drives their car, and just charges it all the time. If you look at averages, the absurdity of this position becomes particularly clear. The distance each UK car travels per year has been slowly dropping, and was 7,400 miles on average in 2019, again according to the UK Department of Transport. An EV will do somewhere between 2.5 and 4.5 miles per kWh on average, so let’s go in the middle and say 3.5 miles. In other words, each car will consume an average of 2,114kWh per year. Multiply that by the number of cars, and you get 69.1TWh. But the UK national grid produced 323TWh of power in 2019, so that is only 21.4% of the energy it produced for the year. Before you argue that’s still a problem, the UK grid produced 402TWh in 2005, which is more than the 2019 figure plus charging all the EVs in the UK put together. The capacity is there.

However, in 2020, the US grid generated 4,007TWh of electricity. Americans drive further on average than Brits – 13,500 miles per year, according to the US Department of Transport’s Federal Highway Administration. That means an American car, if it were an EV, would need 3,857kWh per year, assuming the average efficiency figures above. If all US cars were EVs, they would need a total of 1,106.6TWh, which is 27.6% of what the American grid produced in 2020. US electricity consumption hasn’t shrunk in the same way since 2005 as it has in the UK, but it is clearly not unfeasible for all American cars to be EVs. The US grid could cope too.

After all, the transition to electric isn’t going to happen overnight. The sales of EVs are growing fast, with for example more plug-ins sold in the UK in 2021 so far than the whole of the previous decade (2010-19) put together. Battery-electric vehicles are closing in on 10% of the market in the UK, and they were already 77.5% of new cars sold in Norway in September 2021. But that is new cars, leaving the vast majority of cars on the road fossil fuel powered. A gradual introduction is essential, too, because an overnight switchover would require a massive ramp up in charge point installation, particularly devices for people who don’t have the luxury of home charging. This will require considerable investment, but could be served by lots of chargers on street lamps, which allegedly only cost £1,000 ($1,300) each to install, usually with no need for extra wiring.

This would be a perfectly viable way to provide charging for most people. For example, as I write this article, my own EV is attached to a lamppost down the street from my house. It is receiving 5.5kW costing 24p (32 cents) per kWh through SimpleSocket, a service run by Ubitricity (now owned by Shell) and installed by my local London council, Barnet. I plugged in at 11am and by 7.30pm, my car (which was on about 28% when I started) will have around 275 miles of range – enough for a couple more weeks. It will have cost me around £12 ($16) – way less than a tank of fossil fuel. It was a super-easy process involving the scanning of a QR code and entering of a credit card, very similar to many parking systems nowadays. If most lampposts had one of these charging plugs, not having off-street parking would be no problem at all for owning an EV.

With most EVs having a range of at least 200 miles these days, and the average mileage per day being 20 miles in the UK (the 7,400-mile annual figure divided by 365 days) or 37 miles in the USA, EVs won’t need charging more than once a week or even every week or two. On average, therefore, the grids in most developed nations will be fine. The important consideration is to balance the load, because if too many EVs are charging at once, there could be a problem. This will be a matter of incentivizing charging during off-peak times such as at night, or making peak charging more expensive. It might also be necessary to have the option to reduce charging power rates locally, while providing the ability to prioritize where necessary – such as emergency services workers. But the problem is one of logistics, not impossibility.

There will be grids around the world that are not in such a good place for an EV revolution, at least not yet. But to argue that widespread EV adoption will be an insurmountable catastrophe for electricity supply in developed nations is just plain wrong. So long as the supply is managed correctly to make use of spare capacity when it’s available as much as possible, the grids will cope just fine.