Is The Global Energy Transition On Track? 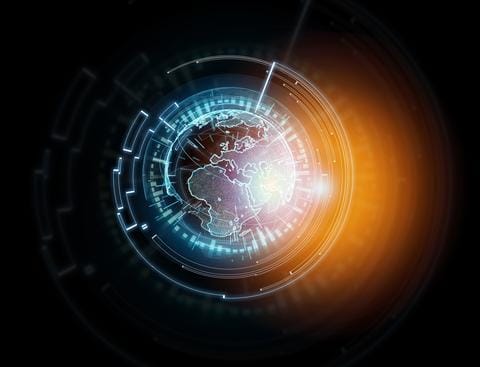 LONDON - Are we doing enough to save the planet? Silly question. The latest prognosis from the United Nations’ Intergovernmental Panel on Climate Change made for gloomy reading. Fundamental to the Paris Agreement is the target of keeping global average temperatures from rising beyond 2°C. The UN argues that radical measures are needed to meet that target.

Renewable power and electrification of transport are the pillars of decarbonization. It’s well underway in renewables - the collapse in costs make wind and solar generation competitive with new build coal and gas.

Renewables’ share of the global power market will triple by 2040 from its current level of 6% according to our forecasts.

The consumption side is slower, awaiting technological breakthrough. The lower battery costs needed for electric vehicles (EVs) to compete head on and displace internal combustion engine (ICE)  cars are some years away. These forces only start to have a significant impact on global carbon intensity in the 2030s. Our forecasts fall well short of the 2°C target, as does the IEA’s base case scenario.

Yet we can’t just wait for new technology to come to the rescue. There are encouraging signs that society sees the need to deal with a deteriorating environment. Three areas of focus came out in discussion during Wood Mackenzie’s London Energy Forum - unrelated, different in scope and scale, each pointing the way forward.

First, clean air in cities.  China has shown how to clean up a local environment quickly. The government reacted to poor air quality in Beijing and other major cities by closing older coal power plants and forcing energy intensive industry and the residential sector to shift away from coal. The country’s return on investment will include a substantial future health care dividend.

European cities are introducing restrictions on diesel cars to improve air quality. London’s 2017 “toxicity charge” is a precursor of an Ultra-Low Emission Zone in 2019, to be extended across much of the city by 2020. Paris wants to ban diesel cars from the city centre by 2025 and ICE vehicles by 2030. Barcelona, Madrid, Hamburg and Stuttgart are hatching similar plans.

Second, desulphurisation of global shipping. High sulphur fuel oil (HSFO) meets around 3.5 million barrels per day (b/d) of the total marine market of 5 million b/d. A maximum of 3.5% sulphur content is allowed currently. The International Maritime Organisation (IMO) implements a 0.5% limit on all shipping in 2020, dramatically reducing the release of sulphur oxides into the atmosphere.

Some ships will switch to very low sulphur fuel oil, of which only around 1.4 million b/d will be available in 2020. Others will have to choose between investing in scrubbers or buying premium-priced low sulphur marine gas oil.

Longer-term, lower carbon-intensity gas is a winner as liquefied natural gas becomes fuel of choice for many newbuilds. Marine LNG demand climbs from near zero to 50 million tonnes per annum (tpa) by 2040 on our forecasts, behind only China, India and Japan as a demand centre. LNG will displace over 1 million b/d of oil demand in shipping by 2040.

Third, Europe’s radical decarbonisation plans. Already in the vanguard of emissions reductions policy, the European Commission is proposing to reduce carbon emissions for new cars and vans by 30% by 2030 versus 2020. The targets come with incentives for car manufacturers linked to the uptake of EVs.

The 2050 roadmap, presently at the concept stage, envisages a far more demanding regime. The mooted 80% reduction in emissions compared with 1990 will embrace all sectors. Power and transport are already moving in this direction, but the legacy fuel mix in many other sectors will be disrupted, too.

Near zero-energy buildings and homes might be possible with energy efficiency improvements, renewables and heat pumps. Electrification, recycling and bioenergy could reduce fossil fuel use in energy intensive sectors like steel and aluminium. Some sectors will cite the risk decarbonisation poses to Europe’s global competitiveness. If change is to come, industry will need to build new partnerships with society to meet these targets.

The 2050 roadmap signals the ambition and will be game changing for Europe if it is adopted. It would provide a template for a global roll out that would go a long way toward meeting UN’s concerns.