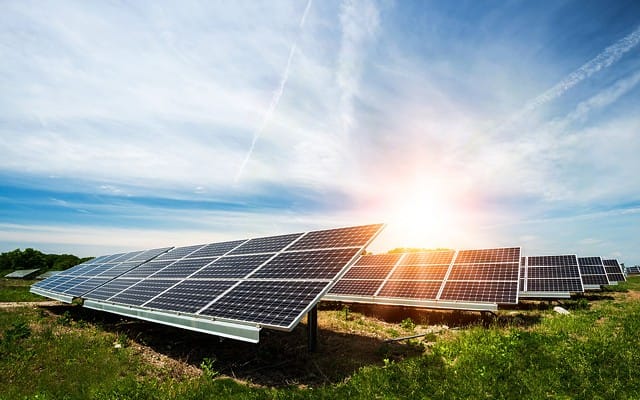 Frisco joins 10 other Colorado towns and cities in adopting target

FRISCO - Frisco has now set a goal of 100-per-cent renewable energy. But unlike some other resolutions adopted in the last decade, this one isn't purely aspirational. It's swimming with a strong current.

With the resolution adopted last week by the town council, Frisco joins 10 other Colorado towns and cities, plus Pueblo and Summit counties, in adopting 100-per-cent goals.

The goal is to get the municipality's electricity to 100-per-cent by 2025 and the community altogether by 2035. The language of the resolution specifies that this goal is for electricity only.

Electricity for Frisco comes from Xcel Energy, an investor-owned utility that is making giant steps toward decarbonizing its power supply.

Xcel first announced plans to close its work-horse power plants early to take advantage of now-cheap wind and solar resources plus what will be the largest battery storage project east of the Rocky Mountains. All this will be accomplished by 2026 and will put Xcel at 55 per cent renewable generation in Colorado.

In December, a week after Frisco launched the process that produced the resolution, Xcel announced further steps, an 80 percent reduction in carbon dioxide emissions by 2030 as compared to 2050 levels. By 2050, the company vows to be 100 per cent "carbon-free" energy by 2050.

Frisco's non-binding goals were triggered by Fran Long, who is retired and living in Frisco. For eight years, though, he worked for Xcel in helping shape its response to the declining prices of renewables. In his retirement, he has also helped put together the aspirational goal adopted by Breckenridge for 100-per-cent renewables.

A task force that Long led identified a three-pronged approach. First, the city government must lead by example. The resolution calls for the town to spend $25,000 to $50,000 annually during the next several years to improve energy efficiency in its municipal facilities. Then, through an Xcel program called Renewable Connect, it can pay an added cost to allow it to say it uses 100-per-cent electricity from renewable sources.

Beyond that, Frisco wants to work with high-end businesses to encourage buying output from solar gardens or other devices that will allow them to proclaim 100-per-cent renewable energy. The task force also recommends a marketing program directed to homes and smaller businesses.

Goals of 100-per-cent renewable electricity are problematic. Aspen Electric, which provides electricity for about two-thirds of the town, by 2015 had secured enough wind and hydro, mostly from distant locations, to allow it to proclaim 100 per cent renewables.

In fact, some of those electrons in Aspen almost certainly originate in coal or gas plants. That doesn't make Aspen's claim wrong. But the fact remains that nobody has figured out how, at least at affordable cost, to deliver 100-per-cent clean energy on a broad basis.

Xcel Energy, which supplies more than 60 per cent of electricity in Colorado, one of six states in which it operates, has a taller challenge. But it is a very different utility than it was in 2004, when it spent heavily in advertising to oppose a mandate that it would have to achieve 10 per cent of its electricity from renewable sources by 2020.

Once it lost the election, though, Xcel set out to comply. Integrating renewables proved far more easily than was feared. It has more than doubled the original mandate for 2020. Wind delivers 82 per cent of that generation, with another 18 per cent coming from community, rooftop, and utility-scale solar.

The company has become steadily more proficient at juggling different intermittent power supplies while ensuring lights and computers remain on. This is partly the result of practice but also of relatively minor technological wrinkles, such as improved weather forecasting, according to an Energy News Network story published in March.

For example, a Boulder company, Global Weather corporation, projects wind—and hence electrical production—from turbines for 10 days ahead. It updates its forecasts every 15 minutes.

Forecasts have become so good, said John T. Welch, director of power operations for Xcel in Colorado, that the utility uses 95 per cent to 98 per cent of the electricity generated by turbines. This has allowed the company to use its coal and natural gas plants less.M

Moreover, prices of wind and then solar declined slowly at first and then dramatically.

Xcel is now comfortable that existing technology will allow it to push from 55 per cent renewables in 2026 to an 80 per cent carbon reduction goal by 2030.

But when announcing their goal of emissions-free energy by mid-century in December, the company's Minneapolis-based chief executive, Ben Fowke, and Alice Jackson, the chief executive of the company's Colorado subsidiary, freely admitted they had no idea how they will achieve it. "I have a lot of confidence they will be developed," Fowke said of new technologies.

Everything is on the table, they said, including nuclear. But also including fossil fuels, if the carbon dioxide can be sequestered. So far, such technology has proven prohibitively expensive despite billions of dollars in federal support for research and deployment. They suggested it might involve new technology.

Storage technology must also improve. Batteries, such as produced by Tesla at its Gigafactory near Reno, can store electricity for hours, maybe even a few days. But batteries that can store large amounts of electricity for months will be needed in Colorado. Wind is plentiful in spring but not so much in summer, when air conditioners crank up.

Increased sharing of cheap renewable generation among utilities will also allow deeper penetration of carbon-free energy. Western US states and Canadian provinces are all on one grid, but the different parts are Balkanized. In other words, California is largely its own energy balancing authority, ensuring electricity supplies match electricity demands. Ditto for Colorado. The Pacific Northwest has its own balancing authority.

If they were all orchestrated as one in an expanded energy market across the West, however, electricity supplies and demands could more easily be matched. California's surplus of solar on summer afternoons, for example, might be moved to Colorado.

Colorado legislators in early May adopted a bill that requires the state's Public Utilities Commission to begin study by late this year of an energy imbalance market or regional transmission organization.