3 Reasons Why Cheap Abundant Electricity Is Getting Closer To Reality 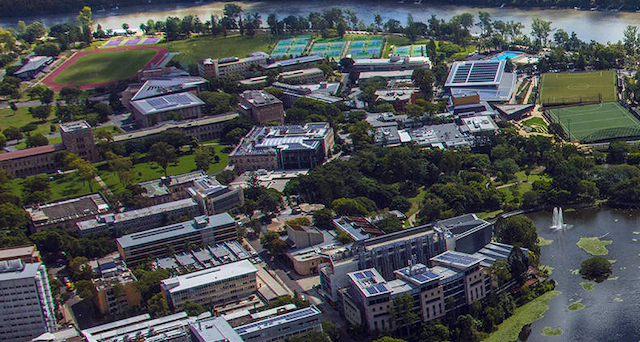 WASHINGTON - Science never sleeps. The quest to find new and better ways to do things continues in thousands of laboratories around the world. Today, the global economy is based on the use of electricity. If there was a way to harness all the energy from the sun that falls on the Earth every day, there would be enough of electricity available to meet the needs of every man, woman, and child on the planet with plenty left over. That day is getting closer all the time. Here are three reasons why.

Quantum Dots Make Better Solar Panels
According to Science Daily, researchers at the University of Queensland have set a new world record for the conversion of solar energy to electricity using quantum dots — which pass electrons between one another and generate electrical current when exposed to solar energy in a solar cell device. The solar devices they developed have beaten the existing solar conversion record by 25%.

“Conventional solar technologies use rigid, expensive materials. The new class of quantum dots the university has developed are flexible and printable,” says professor Lianzhou Wang, who leads the research team. “This opens up a huge range of potential applications, including the possibility to use it as a transparent skin to power cars, planes, homes and wearable technology. Eventually it could play a major part in meeting the United Nations’ goal to increase the share of renewable energy in the global energy mix.”

“This new generation of quantum dots is compatible with more affordable and large-scale printable technologies,” he adds. “The near 25% improvement in efficiency we have achieved over the previous world record is important. It is effectively the difference between quantum dot solar cell technology being an exciting prospect and being commercially viable.” The research was published on January 20 in the journal Nature Energy.

Electricity From Thin Air
Science Daily also reports that researchers at UMass Amherst also have interesting news. They claim they created a device called an Air-gen, short for air powered generator. (Note: recently we reported on other research that makes electricity from rainwater.) The device uses protein nanowires created by a microbe called Geobacter. Those nanowires can generate electricity from the water vapor present naturally in the atmosphere. “We are literally making electricity out of thin air. The Air-gen generates clean energy 24/7. It’s the most amazing and exciting application of protein nanowires yet,” researchers Jun Yao and Derek Lovely say. There work was published February 17 in the journal Nature.

The new technology developed in Yao’s lab is non-polluting, renewable, and low-cost. It can generate power even in areas with extremely low humidity such as the Sahara Desert. It has significant advantages over other forms of renewable energy including solar and wind, Lovley says, because unlike these other renewable energy sources, the Air-gen does not require sunlight or wind, and “it even works indoors.”

Yao says, “The ultimate goal is to make large-scale systems. For example, the technology might be incorporated into wall paint that could help power your home. Or, we may develop stand-alone air-powered generators that supply electricity off the grid. Once we get to an industrial scale for wire production, I fully expect that we can make large systems that will make a major contribution to sustainable energy production. This is just the beginning of a new era of protein based electronic devices.”

Improved Membranes For Flow Batteries From Cellulose
Storing energy is almost as important to decarbonizing the environment as making it in the first place.  There are dozens if not hundreds of ways to store electricity and they all work to one degree or another. The difference between which ones are commercially viable and ones that are not often comes down to money.

Flow batteries use two liquid electrolytes — one positively charged and one negatively charged — separated by a membrane that allows electrons to pass back and forth between them. The problem is, the liquids are highly corrosive. The membranes used today are expensive — more than $1,300 per square meter.

Phys.org reports that Hongli Zhu, an assistant professor of mechanical and industrial engineering at Northeastern University, has successfully created a membrane for use in flow batteries that is made from cellulose and costs just $147.68 per square meter. Reducing the cost of something by 90% is the kind of news that gets people knocking on your door.

The membrane uses nanocrystals derived from cellulose in combination with a polymer known as polyvinylidene fluoride-hexafluoropropylene.  The naturally derived membrane is especially efficient because its cellular structure contains thousands of hydroxyl groups, which involve bonds of hydrogen and oxygen that make it easy for water to be transported in plants and trees.

In flow batteries, that molecular makeup speeds the transport of protons as they flow through the membrane. “For these materials, one of the challenges is that it is difficult to find a polymer that is proton conductive and that is also a material that is very stable in the flowing acid,” Zhu says.

Cellulose can be extracted from natural sources including algae, solid waste, and bacteria. “A lot of material in nature is a composite, and if we disintegrate its components, we can use it to extract cellulose,” Zhu says. “Like waste from our yard, and a lot of solid waste that we don’t always know what to do with.”

Flow batteries can store large amounts of electricity over long periods of time — provided the membrane between the storage tanks doesn’t break down. To store more electricity, simply make the tanks larger, which makes them ideal for grid storage applications where there is often plenty of room to install them. Slashing the cost of the membrane will make them much more attractive to renewable energy developers and help move the clean energy revolution forward.

The Takeaway
The fossil fuel crazies won’t give up easily. They have too much to lose and couldn’t care less if life on Earth ceases to exist for a few million years, just so long as they get to profit from their investments. But they are experiencing a death of a thousand cuts. None of the breakthroughs discussed above will end thermal power generation all by itself, but all of them, together with hundreds more just like them happening every day, every week, and every month, are slowly writing the epitaph for fossil fuels.

And here’s a further note. A person of Chinese ancestry is the leader of all three research efforts reported on above. These are precisely the people being targeted by the United States government at the moment as it ratchets up its war on immigrants and anybody who cannot trace their ancestry to northern Europe. Imagine for a moment what will happen to America when researchers like them depart for countries where they are welcome instead of despised.