US Electricity Market Reforms could save Consumers $7bn 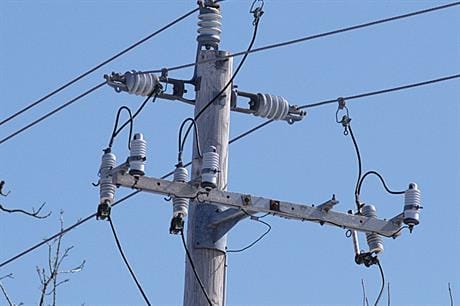 WASHINGTON - Electricity-market reforms to enable more renewables generation and storage in the Midwest, Great Lakes, and Mid-Atlantic could save consumers in the US and Canada more than $6.9 billion a year, according to a new report.

The findings may have major implications for consumer groups, large industrial companies, businesses, and homeowners in those regions, said the Wind-Solar Alliance, (WSA), which commissioned the Customer Focused and Clean report.

The WSA is a non-profit organisation supporting the growth of renewables. American Wind Energy Association CEO Tom Kiernan is listed as WSA secretary.

"Consumers are looking for clean, affordable and reliable energy that will keep their monthly electricity bills low," said Kristin Munsch, president of the Board of the Consumer Advocates of the PJM States, which represents over 65 million consumers in 13 states.

"There is great potential to achieve those goals with the cost-effective integration of wind, solar and storage plants into our wholesale power markets."

The report found the average residential customer in the PJM and Midcontinent Independent System Operator (MISO) regions, covering 29 US states and the Canadian province of Manitoba, could each save up to $48 a year with significantly more wind, solar and storage on the grid.

The average annual home electricity, for example in New Jersey, in the PJM region, was just over $106 in 2018, according to the US Energy Information Administration.

The latest report quantifies the findings of a previous one for the WSA, published in November 2018, which found that outdated wholesale market rules in the US were preventing full participation by renewable energy, including wind power.

"The existing wholesale power market rules were largely developed for slower-to-react conventional generators, such as coal and nuclear plants," said Michael Milligan, president of Milligan Grid Solutions and co-author of the new report.

"This report demonstrates the benefits of updating the rules to better accommodate the characteristics and potential contributions of newer sources of low-cost generation."

With more renewables generation on the grid, customers would benefit the most from increasing power-system flexibility through market structures, the new report concluded. It called for the removal of artificial barriers preventing renewables, storage and demand response from participating in markets.

The report also advocated improving the connections between markets, thereby lowering transaction costs of imports and exports between neighbouring systems.

"There are currently artificial barriers that are preventing the full participation of renewables, storage and other new technologies in the PJM and MISO markets," said Michael Goggin, vice president of Grid Strategies and co-author of the report.

"Providing consumers with a real-time price signal that allows them to adjust their demand, rewarding flexible resources for their capabilities through improved market design, and allowing renewable and storage resources to participate in reliability-services markets would yield the greatest consumer benefits," he said.

PJM and MISO, which incorporate some of the windiest areas of the country, are currently reviewing their market designs.