Opinion: With deregulated electricity, no need to subsidize nuclear power 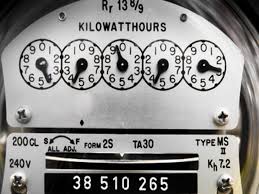 Deregulation has enabled competitive markets to drive energy prices downward, which has transformed Pennsylvania from a higher-electricity-cost state to one with prices below the national average.

Recently, the economic advantage of abundant low-cost natural gas has spurred an influx of billions of dollars of private capital investment and thousands of jobs to construct environmentally responsible natural gas power generation facilities throughout the commonwealth — including our three power generation facilities in operation and one presently under construction.

Calpine is an independent power provider with a national portfolio of 80 highly efficient power plants in operation or under construction with an electric generating capacity of approximately 26,000 megawatts. Collectively, these resources can provide sufficient power for more than 30 million residential homes. We are not a regulated utility receiving a guaranteed rate of return on investment. Rather, Calpine competes to sell wholesale power into the electric markets, and the economics of supply and demand are fundamental to the success of our business.

Pennsylvania's deregulated electricity market is working. Consumers are benefiting from low-cost natural gas, and companies such as Calpine are investing billions of dollars and creating thousands of jobs to build advanced, energy efficient, environmentally responsible and flexible power generating facilities.

There are presently seven electric generating projects under construction in the commonwealth, representing about a $7 billion capital investment that will produce about 7,000 megawatts of efficient electrical power, with additional facilities being planned.

Looking back 20 years following the enactment of the Pennsylvania Electricity Generation Customer Choice and Competition Act, Pennsylvania's regulators and policymakers must conclude that the results of a free and fair market-driven structure have delivered indisputable benefits to the consumer and the Pennsylvania economy.

While consumers are now reaping the benefits of open and competitive electricity markets, we see challenges on the horizon that could threaten the foundation of those markets. Due to pressure from nuclear power generators, state policymakers throughout the nation have been increasing efforts to impact the generation mix in their respective states by offering ratepayer funded subsidies to existing nuclear generation resources.

Subsidizing one power generation type over others is having a significant, negative impact on wholesale electric markets, competitive retails markets and ultimately the cost the consumer will have to pay.

In Pennsylvania, these subsidies would follow nearly $9 billion already paid by ratepayers to help the commonwealth's nuclear industry transition from regulated to competitive energy markets.

The deregulation of Pennsylvania's electricity markets in the late 1990s allowed the nuclear industry to receive billions of dollars from ratepayers to recover "stranded costs" related to investments in the commonwealth's nuclear plants. These costs were negotiated amounts based on settlements with Pennsylvania's Public Utility Commission to allow the nuclear industry to prepare and transition to competitive electricity markets.

Enough is enough. Regulatory or governmental interference in well functioning markets does not lead to better outcomes. Pennsylvania's state Legislature should not pick winners and losers by enacting legislation that would create an uneven playing field that subsidizes nuclear generating resources in the commonwealth.