Yet another Irish electricity provider is increasing its prices 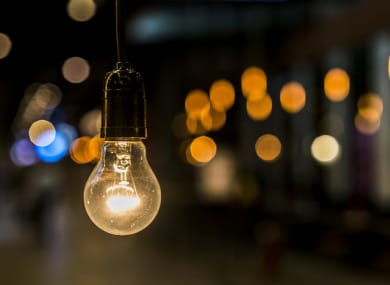 Electric Ireland has said that the electricity price increase is unavoidable due to the rising wholesale cost of electricity.

DUBLIN - ELECTRIC IRELAND has announced that it will increase its household electricity prices by 4% from 1 February 2018.

This comes just a week after both Bord Gáis Energy and SSE Airtricity announced increases in their gas and electricity prices.

Electric Ireland has said that the electricity price increase is unavoidable due to the rising wholesale cost of electricity.

The electricity provider said it has no plans to increase residential gas prices at the moment.

Commenting on the latest announcement, Eoin Clarke, managing director of Switcher.ie, said: “This is the third largest energy supplier to announce a price increase in the last week, so the other suppliers are probably not far behind.

“The fact that the rise is not coming into effect until 1 February will be welcomed by Electric Ireland customers who are worried about the rising cost of energy as winter sets in,” he said.

However, any increase is still bad news, especially as a quarter of consumers (27%) say their energy bill already puts them under financial pressure.

According to Electric Ireland, this will amount to a €2.91 per month increase for an average electricity customer, amounting to €35 per year.

Meanwhile, SSE Airtricity’s change amounts to an increase of 90 cent per week or €46.80 per year for someone with average consumption on their 24hr SmartSaver standard tariff.

Bord Gáis Energy said its announcement will increase a typical gas bill by €2.12 a month and a typical electricity bill by €4.77 a month.

In a statement, Bord Gáis Energy said: “The changes, which will take effect from 1st November 2017, are due to significant increases in the wholesale cost of energy as well as higher costs associated with distributing energy on the gas and electricity networks.

Clark said that if customers haven’t switched electricity provider in over a year that they should review the deals available at the moment.

“The market is highly competitive so there are huge savings to be made by switching,” he said.

“All suppliers use the same cables to supply electricity to your home, so you don’t need to worry about any loss in service, and you could save up to 324 by switching from typical standard tariffs to the cheapest deals on the market.”