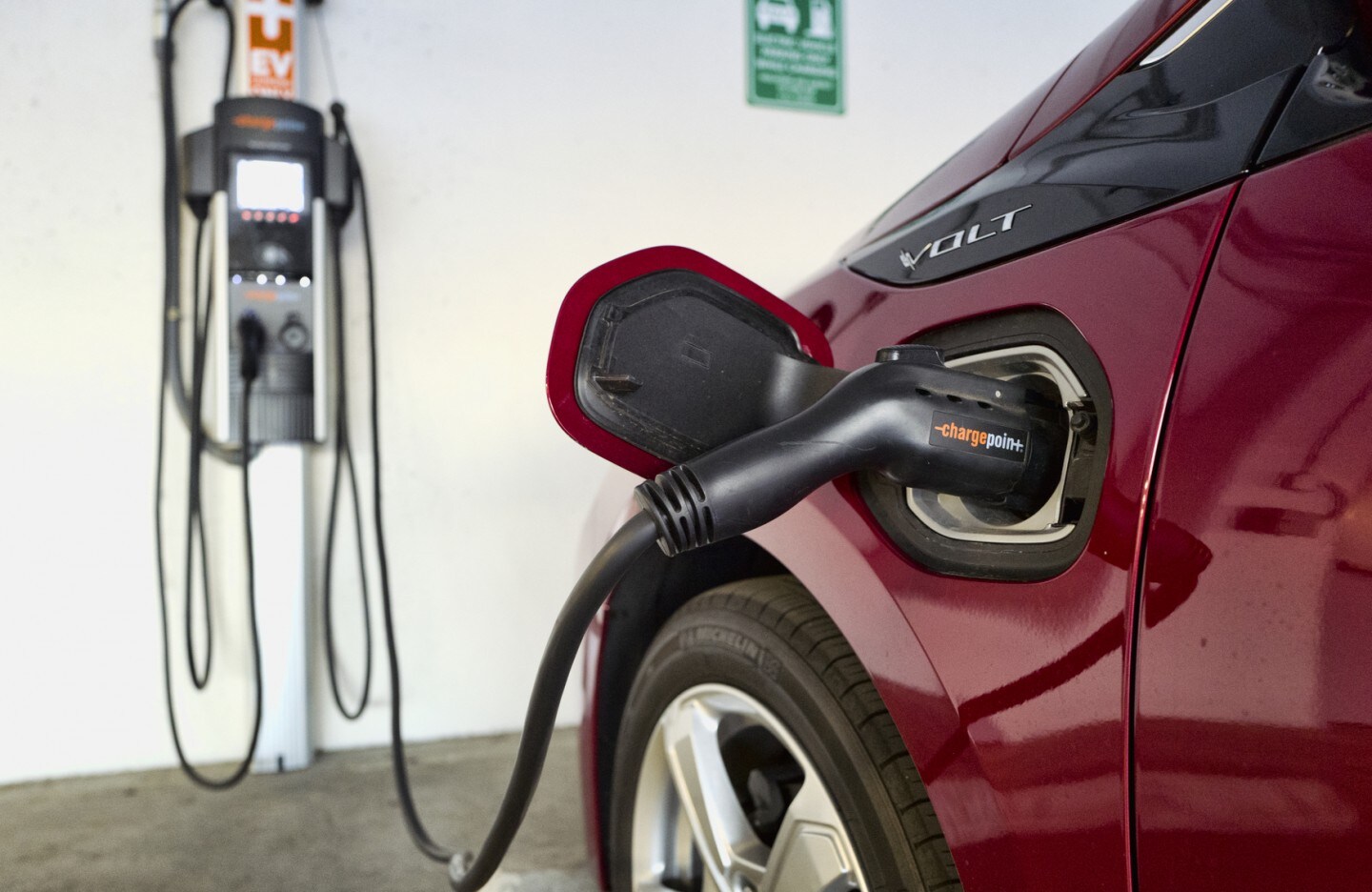 NEW YORK - The claim: Average electric car requires equivalent of 85 pounds of coal or six barrels of oil for a single charge

The Biden administration has pledged to work towards decarbonizing the U.S. electricity grid by 2035. And the recently passed $1.2 trillion infrastructure bill provides funding for more electric vehicle (EV) charging infrastructure.

However, a claim that electric cars require an inordinate amount of oil or coal energy to charge has appeared on social media.

“An average electric car takes 66 KWH To charge. It takes 85 pounds of coal or six barrels of oil to make 66 KWH,” read a Dec 1 Facebook post that was shared nearly 500 times in a week. “Makes absolutely no sense.”

The post included a stock image of an electric car charging.

This claim is in the ballpark for the coal comparison, but the math on the oil usage is wildly inaccurate.

It would take roughly 70 pounds of coal to produce the energy required to charge a 66 kWh electric car battery, said Ian Miller, a research associate at the MIT Energy Initiative. That's about 15 pounds less than is claimed in the post.

The oil number is much farther off.

While the post claims that it takes six barrels of oil to charge a 66 kWh battery, Miller said the amount is closer to 8 gallons  — the equivalent of 20% of one barrel of oil.

He said both of his estimates account for energy lost when fossil fuels are converted into electricity.

"I think the most important question is, 'How do EVs and gas cars compare on emissions per distance?'," said Miller. "In the US, using average electricity, EVs produce roughly 100 grams of CO2 per mile."

He said this is more than 60% less than a typical gasoline-powered car that gets 30 mpg. Such a vehicle produces roughly 280 grams of CO2 per mile.

"If you switch to an electric vehicle, even if you're using fossil fuels (to charge), it's just simply not true that you'll be using more fossil fuel," said Jessika Trancik, a professor at the Massachusetts Institute of Technology who studies the environmental impact of energy systems.

However, she emphasized electric cars in the U.S. are not typically charged using only energy from coal or oil.

The U.S. electricity grid relies on a diversity of energy sources, of which oil and coal together make up about 20 percent, according to a DOE spokesperson. This amount is likely to continue to drop as renewable energy proliferates in the U.S.

"Switching to an electric vehicle means that you can use other sources, including less carbon-intensive natural gas, and even less carbon-intensive electricity sources like nuclear, solar and wind energy, which also carry with them health benefits in the form of reduced air pollutant emissions," said Trancik.

Our rating: Partly false
Based on our research, we rate PARTLY FALSE the claim that the average electric car requires the equivalent of 85 pounds of coal or six barrels of oil for a single charge. The claim is in the ballpark on coal consumption, as an MIT researcher estimates that around 70 pounds. But the oil usage is only about 8 gallons, which is 20% of one barrel. And the actual sources of energy for an electric car vary depending on the energy mix in the local electric grid.