IAEA - COVID-19 and Low Carbon Electricity Lessons for the Future 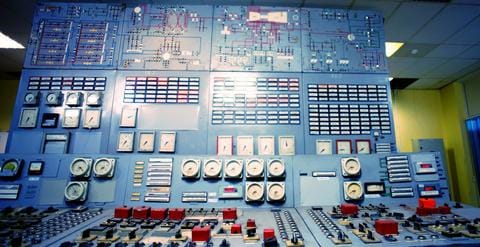 LONDON - The COVID-19 pandemic has transformed the operation of power systems across the globe and offered a glimpse of a future electricity mix dominated by low carbon sources.

The performance of nuclear power, in particular, demonstrates how it can support the transition to a resilient, clean energy system well beyond the COVID-19 recovery phase.

Restrictions on economic and social activity during the COVID-19 outbreak have led to an unprecedented and sustained decline in demand for electricity in many countries, in the order of 10% or more relative to 2019 levels over a period of a few months, thereby creating challenging conditions for both electricity generators and system operators (Fig. 1). The recent Sustainable Recovery Report by the International Energy Agency (IEA) projects a 5% reduction in global electricity usage for the entire year 2020, with a record 5.7% decline foreseen in the United States alone. The sustainable economic recovery will be discussed at today's IEA Clean Energy Transitions Summit, in which IAEA Director General Rafael Mariano Grossi will participate.

Electricity generation from fossil fuels has been hard hit, due to relatively high operating costs compared to nuclear power and renewables, as well as simple price-setting mechanisms on electricity markets. By contrast, low-carbon electricity prevailed during these extraordinary circumstances, with the contribution of renewable electricity rising in a number of countries due to an obligation on transmission system operators to schedule and dispatch renewable electricity ahead of other generators, as well as due to favourable weather conditions.

Nuclear power generation also proved to be resilient, reliable and adaptable. The nuclear industry rapidly implemented special measures to cope with the pandemic, avoiding the need to shut down plants due to the effects of COVID-19 on the workforce or supply chains. Nuclear generators also swiftly adapted to the changed market conditions. For example, EDF Energy was able to respond to the need of the UK grid operator by curtailing sporadically the generation of its Sizewell B reactor and maintain a cost-efficient and secure electricity service for consumers.

Despite the nuclear industry's performance during the pandemic, faced with significant decreases in demand, many generators have still needed to reduce their overall output appreciably, for example in France, Sweden, Ukraine, the UK and to a lesser extent Germany (Fig. 2). Declining demand in France up to the end of March already contributed to a 1% drop in first quarter revenues at EDF, with nuclear output more than 9% lower than in the year before. Similarly, Russia's Rosatom experienced a significant demand contraction in April and May, contributing to an 11% decline in revenues for the first five months of the year.

Overall, the competitiveness and resilience of low carbon technologies have resulted in higher market shares for nuclear, solar and wind power in many countries since the start of lockdowns (Fig. 3). The share of nuclear generation in South Korea rose by almost 9 percentage points during the pandemic, while in the UK, nuclear played a big part in almost eliminating coal generation for a period of two months. For the whole of 2020, the US Energy Information Administration's Short-Term Energy Outlook sees the share of nuclear generation increasing by more than one percentage point compared to 2019. In China, power production decreased during January-February 2020 by more than 8% year on year: coal power decreased by nearly 9%, hydropower by nearly 12%. Nuclear has proved more resilient with a 2% reduction only. The benefits of these higher shares of clean energy in terms of reduced emissions of greenhouse gases and other air pollutants have been on full display worldwide over the past months.

Challenges for the future

Despite the demonstrated performance of a cleaner energy system through the crisis - including the capacity of existing nuclear power plants to deliver a competitive, reliable, and low carbon electricity service when needed - both short- and long-term challenges remain.

In the shorter term, the collapse in electricity demand has accelerated recent falls in electricity prices, particularly in Europe (Fig. 4), from already economically unsustainable levels. According to Standard and Poor's Midyear Update, the large price drops in Europe result from not only COVID-19 lockdown measures but also collapsing demand due to an unusually warm winter, increased supply from renewables in a context of lower gas prices and CO2 allowances . Such low prices further exacerbate the challenging environment faced by many electricity generators, including nuclear plants. These may impede the required investments in the clean energy transition, with longer term consequences on the achievement of climate goals.

For nuclear power, maintaining and extending the operation of existing plants is essential to support and accelerate the transition to low carbon energy systems. With a supportive investment environment, a 10-20 year lifetime extension can be realized at an average cost of US $30-40/MW*h, making it among the most cost-effective low-carbon options, while also maintaining dispatchable capacity and lowering the overall cost of the clean energy transition. The IEA Sustainable Recovery report indicates that without such extensions 40% of the nuclear fleet in developed economies may be retired within a decade, adding around US$ 80 billion per year to electricity bills. The IEA note the potential for nuclear plant maintenance and extension programmes to support recovery measures by generating significant economic activity and employment.

The need for flexibility

New nuclear power projects can provide similar economic and environmental benefits but will be all the more challenging to finance without strong policy support and more substantive power market reforms, including improved frameworks for remunerating reliability, flexibility and other services. The need for flexibility in electricity generation and system operation - a trend accelerated by the crisis - will increasingly characterize future energy systems over the medium to longer term.

Looking further ahead, while generators and system operators successfully responded to the crisis, the observed decline in fossil fuel generation draws attention to additional grid stability challenges likely to emerge further into the energy transition. Heavy rotating steam and gas turbines provide mechanical inertia to an electricity system, thereby maintaining its balance. Replacing these capacities with variable renewables may result in greater instability, poorer power quality and increased incidence of blackouts. Large nuclear power plants along with other technologies can fill this role, alleviating the risk of supply disruptions in fully decarbonized electricity systems.

The challenges created by COVID-19 have also brought into focus the need to ensure resilience is built-in to future energy systems to cope with a broader range of external shocks, including more variable and extreme weather patterns expected from climate change.

The performance of nuclear power during the crisis provides a timely reminder of its ongoing contribution and future potential in creating a more sustainable, reliable, low carbon energy system.