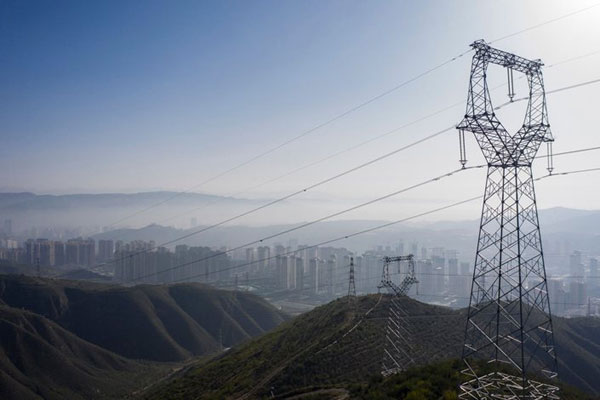 BEIJING - China is set to connect its first commercial compressed-air energy storage plant to the grid as it seeks more ways to harness fast-growing clean power resources for around-the-clock use.

China Huaneng Group Co. said its Jiangsu Jintan Salt Cave project recently underwent four days of successful trials and is now ready for commercial operations. The 60-megawatt plant will be the largest compressed air energy storage plant built anywhere in the world since 1991, and the first in China outside of small-scale technology demonstration projects, according to BloombergNEF.

The plant will use electricity at night when demand is low to pump air into an underground salt cavern. Then, when demand is high during the day, it can release the compressed air at high enough pressure to spin a turbine and produce electricity.

Underground compressed air is considered one of the least costly forms of long-term energy storage and has low safety concerns, according to BloombergNEF. But its reliance on certain topographical features such as underground caverns may limit wider deployment. It’s gained a foothold in China, with nearly four gigawatts of projects in the pipeline, while there are less than two gigawatts combined planned in the rest of the world. Shandong province said just this week in this year's work plan that it would build three projects using the technology.

The Jintan salt caves in Jiangsu, China’s second-biggest provincial economy just north of Shanghai, can store about 10 million cubic meters of gas, enough to power four gigawatts of compressed air plants, according to a Science and Technology Daily report from last year.

Energy storage is a key part of China’s plan to build a larger and more flexible grid as it tries to peak carbon emissions before 2030 and zero them out before 2060. The country is adding a world-leading amount of wind and solar power every year, but their intermittency strains grids that need to be able to deliver electricity all the time. China has set targets of 30 gigawatts of new-energy storage by 2025 and 120 gigawatts of pumped hydro storage by 2030.