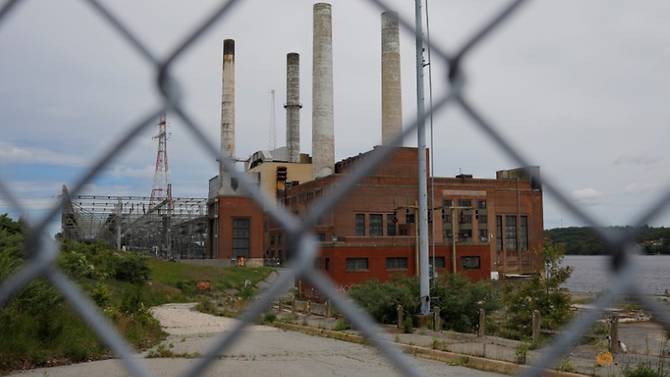 WASHINGTON - U.S. coal-fired power plants shut down at the second-fastest pace on record in 2019, despite President Donald Trump’s efforts to prop up the industry, according to data from the federal government.

Power companies retired or converted roughly 15,100 megawatts (MW) of coal-fired electricity generation, enough to power about 15 million homes, according to the data, which included preliminary statistics from the Energy Information Administration and Reuters reporting.

That was second only to the record 19,300 MW shut in 2015 during President Barack Obama’s administration.

The replacement of coal with power generation from natural gas and renewables has cut total U.S. carbon emissions in four of the past five years. Gas emits about half the carbon dioxide, a leading contributor to global warming, as coal.

The coal industry has been in steep decline for a decade due to competition from cheap and abundant gas and subsidized solar and wind energy, along with rising public concern over coal’s contribution to climate change.

Trump has downplayed climate change threats and sought to revive the coal industry to fulfill pledges to voters in coal mining states like West Virginia and Wyoming, mainly by rolling back Obama-era environmental protections.

Still, since entering office in 2017, an estimated 39,000 MW of coal-fired power plant capacity has shut.

Last week, Tri-State Generation and Transmission announced it would accelerate the retirement of two of its coal-fired power plants in Colorado and New Mexico as both states pursue ambitious targets to slash carbon emissions.

In 2019, U.S. emissions linked to climate change fell 2.1per cent as coal-fired electricity output dropped 18per cent to the lowest level since 1975, according to an estimate by independent researcher Rhodium Group.

But Rhodium said further big emissions reductions from coal retirements would be harder to achieve because many of the remaining facilities are commercially competitive.