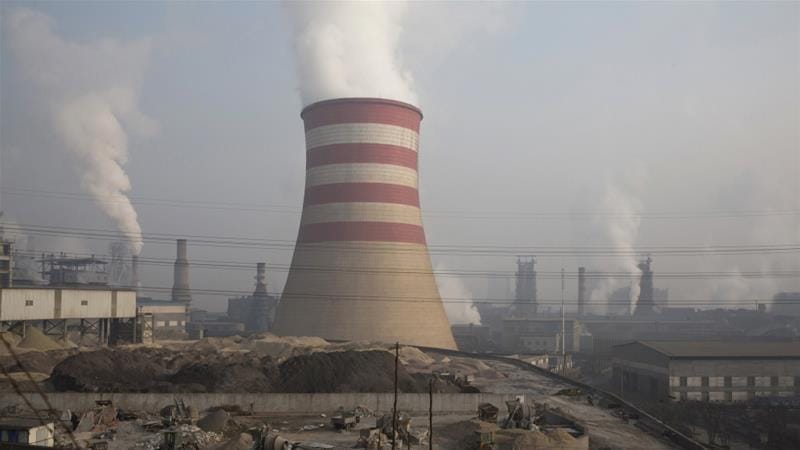 In 2019, industrial users accounted for 67 percent of energy consumption in China

BEIJING - China's industrial energy demand in 2020 may decline by as much as 73 billion kilowatt-hours (kWh), according to research firm IHS Markit, as the outbreak of the new coronavirus has curtailed factory output and prevented some workers from returning to their jobs.

The cut represents about 1.5 percent of industrial power consumption in China. But, as the country is the world's biggest electricity consumer, the loss is equal to the power used in the whole of Chile and it illustrates the scope of the disruption caused by the outbreak.

The reduction is the energy equivalent of about 30 million tonnes of thermal coal or about nine million tonnes of liquefied natural gas (LNG), IHS said. The coal figure is more than China's average monthly imports last year while the LNG figure is a little more than one month of imports, based on customs data.

China has tried to curtail the spread of the coronavirus that has killed more than 1,400 and infected more than 60,000 by extending the Lunar New Year holiday for an extra week and encouraging people to work from home.

Xizhou Zhou, the global head of power and renewables at IHS, said if the epidemic persists beyond March, China's economic growth rate could drop to 4.2 percent during 2020, down from the company's initial forecast of 5.8 percent, while power consumption will climb by only 3.1 percent, down from an initial projection of 4.1 percent.

"The main uncertainty is still how fast the virus will be brought under control," said Zhou, adding that the effects on the power sector will be relatively modest over the whole of 2020.

In Hubei province, the epicentre of the virus outbreak, the peak power load - a measure of electricity usage - at the end of January was 21 percent less than planned, data from energy consultancy firm Wood Mackenzie showed.

Industrial operating rates point to a substantial reduction in power consumption in China.

Plastic processors are operating at between 30 percent and 60 percent of their full potential, and the low levels are expected to last for another two weeks, according to ICIS China, another research firm.

Weaving machines at textile plants are operating at below 10 percent of capacity, the lowest in five years, ICIS data showed. China is the world's biggest textile and garment exporter.