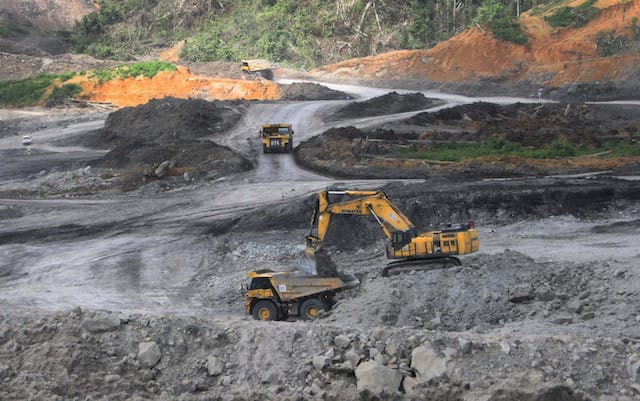 JAKARTA - The Energy and Mineral Resources (ESDM) Ministry is considering lowering the coal production target this year as demand from China has shown a significant decline since the start of the outbreak of the novel coronavirus in the country late last year, a senior ministry official has said.

The ministry’s coal and mineral director general Bambang Gatot Ariyono said in Jakarta on March 12 that the decline in the demand had also caused a sharp drop in coal prices on the world market, which could cause the country’s miners to reduce their production.

The 2020 minerals and coal mining program and budget (RKAB) has set a current production goal of 550 million tons of coal, a 10 percent increase from last year’s target. As of March 6, 94.7 million tons of coal had been mined in the country in the year.

“With the existing demand, revision to this year’s production is almost certain,” he said, adding that the drop in demand had also caused a decline in coal prices.

Indonesia’s thermal coal reference price (HBA) fell by 26 percent year-on-year to US$67.08 per metric ton in March, according to a Standards & Poor press release on March 5.  At home, the coal price is also unattractive for local producers. Under the domestic market obligation (DMO) policy, miners are required to sell a quarter of their production to state-owned electricity company PLN at a government-set price. This year’s coal reference price is $70 per metric ton, far below the internal prices before the coronavirus outbreak hit China.

The ministry’s expert staff member Irwandy Arif said China had reduced its coal demand by 200,000 tons so far, as six of its coal-fired power plants had suspended operation due to the significant drop in electricity demand. Many factories in the country were closed as the government tried to halt the spread of the new coronavirus, which caused the decline in energy demand.

“At present, all mines in Indonesia are still operating normally. But we have to see what will happen in June,” he said.

The ministry predicted that the low demand would also result in a decline in coal mining investment.

The ministry set a $7.6 billion investment target for the mining sector this year, up from $6.17 billion last year. The year’s total investment realization was $192 million as of March 6, or around 2.5 percent of the annual target.