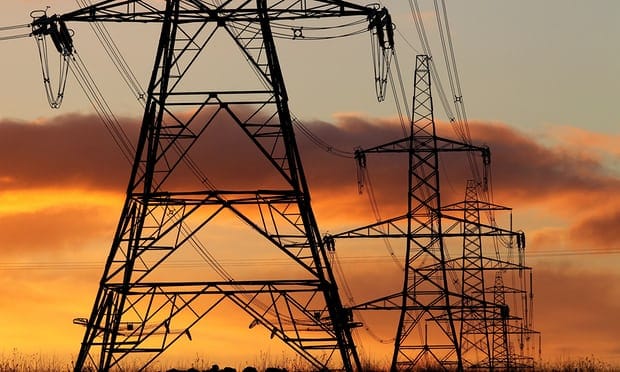 LONDON - New electricity cables across the Channel to France and Belgium will be a key part of keeping Britain’s lights on during winter in the early 2020s, after their owners won backup power subsidies in a government auction this week.

For the first time, interconnector operators successfully bid for a slice of hundreds of millions’ worth of contracts in the capacity market. That will help cut costs for consumers and squeeze out old coal power plants.

Three new interconnectors are currently being built to Europe, almost doubling existing capacity, with one along the Channel Tunnel and two on the seabed: one between Kent and Zeebrugge and one from Hampshire to Normandy.

The interconnectors were success stories in this week’s capacity auction, which saw power firms bid to provide backup electricity in the winter of 2021/22. Prices for the four-year contracts hit a record low of £8.40 per kilowatt per year, which analysts described as a shock and well below expectations.

One industry source said the figure was “miles away” from what is needed to encourage companies to build big new gas power stations, which some argue are necessary to fill the gap when the UK’s ageing nuclear reactors close over the next decade.

While bad news for those firms, the low price is good for consumers. The subsidies will add about £525m to energy bills, or £5.68 for the average household, compared with £11 for the year before, according to analysts Cornwall Insight.

Existing gas power stations scooped up most of the contracts, but new gas ones lost out, as did several coal plants. Battery storage plants, a standout success in the last auction, fared comparatively poorly after changes to the rules.

Experts at Bernstein bank said the the misses by coal meant that around half the UK’s remaining coal power capacity could close from October 2019, when existing capacity market contracts run out. Chaitanya Kumar, policy adviser at thinktank Green Alliance, said: “Coal’s exit from the UK’s energy system just moved a step closer as coal contracts fell by half compared with last year.”

Tom Edwards, an analyst at Cornwall Insight, said that more interconnectors were likely to bid into future rounds of the capacity market, such as the cable being laid between Norway and the UK. Relying on foreign power supplies was fine, he said, provided Brexit did not make energy trading more difficult and the interconnectors delivered at times of need.

However, one industry source, who wants to see new gas plants built in the UK, said the results showed that the system was not working. “That self-sufficiency doesn’t seem to be a priority at a time when we’re breaking away from Europe is a bit weird,” they said.

But the prospects for new gas plants in future rounds of the capacity market look bleak. They will very likely face a new source of competition next year, if energy regulator Ofgem approves a proposal to allow renewables to compete too.