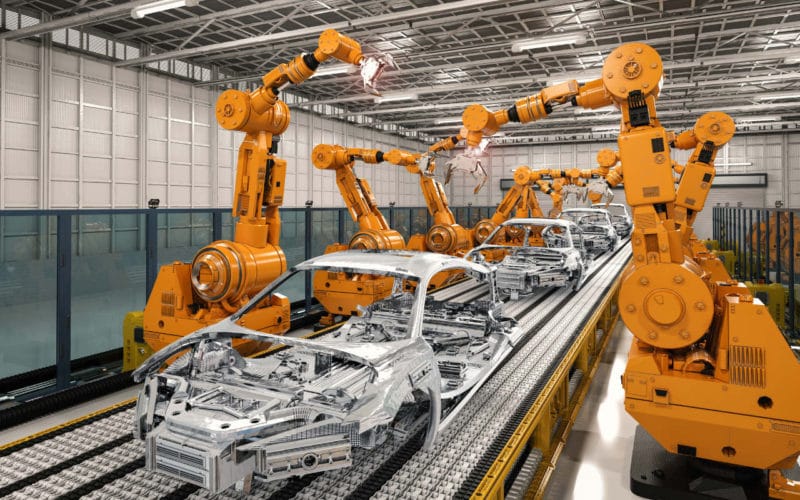 TORONTO - As of a month ago Canada was just a speck on the global EV manufacturing map. We couldn’t honestly claim to be in the global race to electrify the automotive sector.

An analysis published earlier this year by the International Council on Clean Transportation and Pembina Institute found that while Canada ranked 12th globally in vehicle production, EV production was a miniscule 0.4 per cent of that total and well off the average of 2.3 per cent amongst auto producing nations.

As the report’s co-author Ben Sharpe noted, “Canada is a huge auto producer. But nobody is really shining a light on the fact that if Canada’s doesn’t quickly ramp up its EV production, the steady decline we’ve seen in auto manufacturing over the past 20 years is going to accelerate.”

National strategy
While the report received relatively scant attention outside industry circles, its thesis was not lost on the leadership of Unifor, the union representing Canadian autoworkers.

In an August op-ed, Unifor national president Jerry Dias laid out the table stakes: “Global automakers are pouring hundreds of billions of dollars into electric vehicle investments, but no major programs are landing in Canada. Without a comprehensive national auto strategy, and active government engagement, the future is dim … securing our industry’s future requires a much bigger made-in-Canada style effort. An effort that government must lead.”

And then he got busy at the negotiating table.

The result? All of a sudden Canada is (or rather, will be) on the EV assembly map.

Late last month, contract negotiations between Unifor and Ford produced an agreement that will see $2 billion — including $590 million from the federal and Ontario governments ($295 million each) — invested towards production of five EV models in Oakville, Ont.

Three weeks later, Unifor reached a similar agreement with Fiat Chrysler Automobiles on a $1.5-billion investment, including retooling, to accommodate production of both a plug-in hybrid and battery electric vehicle (including at least one additional model).

Workforce implications
The primary motivation for Unifor in pushing for EVs in contract negotiations is, at minimum, preserving jobs — if not creating them. Unifor estimates that retooling the Ford plant in Oakville will save 3,000 of the 3,400 jobs there. However, as VW CEO Herbert Diess has noted, “The reality is that building an electric car involves some 30 per cent less effort than one powered by an internal combustion engine.”

So, when it comes to the relationship between jobs and EVs, at first glance it might not seem to be a great news story. What exactly are the workforce implications?

To answer this question, and aid automakers and their suppliers in navigating the transition to EV production, the Boston Consulting Group (BCG) has done a study on the evolution of labour requirements along the automotive value chain. And the results, it turns out, are both illuminating and encouraging — so long as you look across the full value chain.

Common wisdom “inaccurate”
The study provides an in-depth unpacking of the similarities and differences between manufacturing an internal combustion engine (ICE) vehicle versus a battery EV (BEV), and in doing so it arrives at a surprising conclusion: “The common wisdom that BEVs are less labor intensive in assembly stages than traditional vehicles is inaccurate.”

BCG’s analysis modeled how many labour hours were required to build an ICE vehicle versus a BEV, including the distribution of labour value across the automotive value chain.

While ICE vehicles require more labour associated with components, engine, motor and transmission assembly and installation, BEVs require the addition of battery manufacturing (cell production and module and battery pack assembly) and an increase in assembly-related labour. Meanwhile, labour requirements for press, body and paint shops don’t differ at all. Put that all together and labour requirements for BEVs are comparable to those of ICE vehicles when viewed across the full value chain.

Value chain shifting to parts suppliers
However, as BCG notes, this similarity not only masks, but even magnifies, a significant change that was already underway in the distribution of labour value across the value chain — an accelerating shift to parts suppliers.

This trend is a key reason why the Canadian Automotive Parts Manufacturers’ Association launched Project Arrow earlier this year, and just unveiled the winner of the EV concept design that will ultimately become a full-build, 100 per cent Canadian-equipped zero-emission concept vehicle. The project is a showcase for Canadian automotive SMEs.

The bulk of the value shift is into battery cell manufacturing, which is dominated by Asian players. In light of this, both the EU and UK are working hard to devise strategies to secure battery cell manufacturing, and hence capture this value domestically. Canada must now do the same — and in the process, capitalize on the unique opportunity we have buried underground: the metals and minerals needed for batteries.

The federal government is well aware of this opportunity, which Minister of Industry, Science and Economic Development Navdeep Bains has coined “mines to mobility.” But we’re playing catch up, and the window to effectively position to capture this opportunity will close quickly.

Cooperation and coordination needed
As Unifor’s Dias noted in an interview with Electric Autonomy after the FCA deal, the scale of the opportunity extends beyond the assembly plants in Oakville and Windsor: “This is about putting workers back in our steel plants. This is about making batteries. This is about saying to aluminum workers in Quebec and B.C. … to lithium workers in Quebec … cobalt workers in Northern Ontario, you’re going to be a part of the solution…It is a transformative time. … We’re on the cusp of leading globally for where this incredible industry is going.”

With their role in securing Ford’s EV production commitment, the federal and Ontario governments made clear that they understand the potential that EVs offer Canada, and their role in capitalizing on this opportunity.

But to ultimately succeed will require more than an open chequebook, it will take a coordinated industrial strategy that spans the full automotive value chain and extends beyond it into batteries and even mining. This will require effective cooperation and coordination between governments and across several industrial sectors and their associations.

Together they are Team Canada’s pit crew in the global EV race. How we fare will depend on how efficiently and effectively that crew works together.