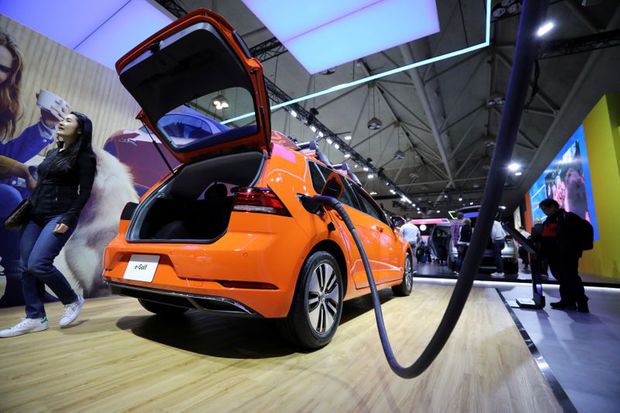 TORONTO - Whether or not you want one, can afford one or think they will do essentially nothing to stop global warming, electric vehicles are coming to Canada en masse. This week, the Canadian government set 2035 as the “mandatory target” for the sale of zero-emission SUVs and light-duty trucks.

That means the sale of gasoline and diesel cars has to stop by then. Transport Minister Omar Alghabra called the target “a must.” The previous target was 2040.

It is a highly aspirational plan that verges on the delusional, even if it earns Canada – a perennial laggard on the emission-reduction front – a few points at climate conferences. Herewith, a few reasons why the plan may be unworkable, unfair or less green than advertised.

Liberals say by 2035 all new cars, light-duty trucks sold in Canada will be electric

Parkland to roll out electric-vehicle charging network in B.C. and Alberta

Sticker shock: There is a reason why EVs remain niche products in almost every market in the world (the notable exception is in wealthy Norway): They are bloody expensive. Unless EV prices drop dramatically in the next decade, Ottawa’s announcement will price the poor out of the car market. Transportation costs are a big issue with the unrich. The 2018 gilets jaunes mass protests in France were triggered by rising fuel costs.

While some EVs are getting cheaper, even the least expensive ones are about double the price of a comparable product with an internal combustion engine. Most EVs are luxury items. The market leader in Canada and the United States is Tesla. In Canada the cheapest Tesla, the Model 3 (“standard range plus” version), costs $49,000 before adding options and subtracting any government purchase incentives. A high-end Model S can set you back $170,000.

To be sure, prices will come down as production volumes increase. But the price decline might be slow for the simple reason that the cost of all the materials needed to make an EV – copper, cobalt, lithium, nickel among them – is climbing sharply and may keep climbing as production increases, straining supply lines.

Lithium prices have doubled since November. Copper has almost doubled in the past year. An EV contains five times more copper than a regular car. Glencore, one of the biggest mining companies, estimated that copper production needs to increase by a million tonnes a year until 2050 to meet the rising demand for EVs and wind turbines, a daunting task given the dearth of new mining projects.

Will EVs be as cheap as gas cars in a decade or so? Impossible to say, but given the recent price trends for raw materials, probably not.

Not so green: There is no such thing as a zero-emission vehicle, even if that’s the label used by governments to describe battery-powered cars. So think twice if you are buying an EV purely to paint yourself green.

In regions in Canada and elsewhere in the world that produce a lot of electricity from fossil-fuel plants, driving an EV merely shifts the output of greenhouse gases and pollutants from the vehicle itself to the generating plant (according to the government, more than 19 per cent of Canada’s electricity comes from coal, natural gas and oil; in the United States, 60 per cent).

The EV supply chain is also energy-intensive. And speaking of the environment, recycling or disposing of millions of toxic car batteries is bound to be a grubby process.

Where’s the juice?: Since the roofs of most homes in Canada and other parts of the world are not covered in solar panels, plugging in an EV to recharge the battery means plugging into the electrical grid. What if millions of cars get plugged in at once on a hot day, when everyone is running air conditioners?

The next few decades could emerge as an epic energy battle between power-hungry air conditioners, whose demand is rising as summer temperatures rise, and EVs. The strain of millions of AC units running at once in the summer of 2020 during California’s run of record-high temperatures pushed the state into rolling blackouts. A few days ago, Alberta’s electricity system operator asked Albertans not to plug in their EVs because air conditioner use was straining the electricity supply.

According to the MIT Technology Review, rising incomes, populations and temperatures will triple the number of air conditioners used worldwide, to six billion, by mid-century. How will any warm country have enough power to recharge EVs and run air conditioners at the same time? The Canadian government didn’t say in its news release on the 2035 EV mandate. Will it fund the construction of new fleets of power stations?

The wrong government policy: The government’s announcement made it clear that widespread EV use – more cars – is central to its climate policy. Why not fewer cars and more public transportation? Cities don’t need more cars, no matter the propulsion system. They need electrified buses, subways and trains powered by renewable energy. But the idea of making cities more livable while reducing emissions is apparently an alien concept to this government.