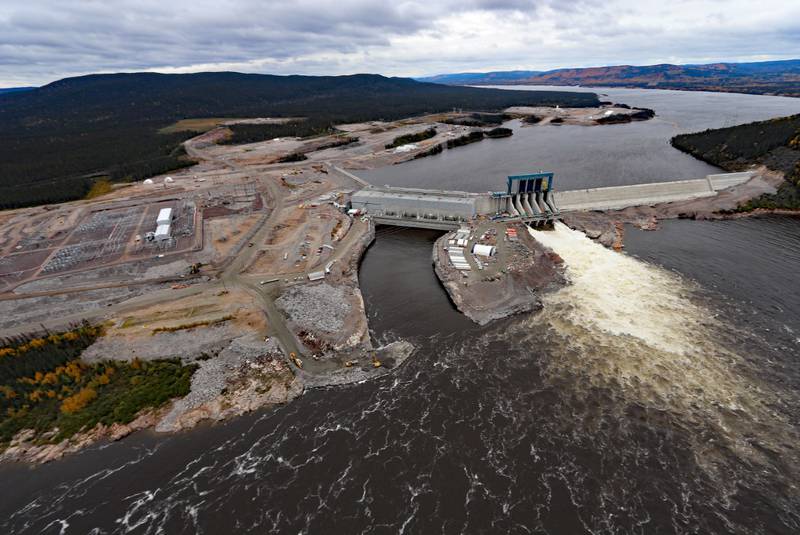 Periodically, an integrated resource plan is created to predict how all this will add up during the ensuing 25 years. That process is currently underway and is led by Nova Scotia Power Inc. (NSPI) and will be submitted for approval to the Utilities and Review Board (UARB).

Coal-fired plants are still the largest single source of electricity in Nova Scotia. They need to be replaced with more environmentally friendly sources when they reach the end of their useful lives. Other sources include wind, hydroelectricity from rivers, biomass, natural gas and imports from other jurisdictions.

Imports are used sparingly today but will be an important source when the electricity from Muskrat Falls comes on stream. That project has big capacity. It can produce all the power needed in Newfoundland and Labrador (NL) plus the amount already committed to Nova Scotia, and still have a lot left over.

Some sources of electricity are more valuable than others. The daily amount of power from wind and solar cannot be controlled. Fuel-based sources and hydro can.

Utilities make their profits by providing the capital necessary to build infrastructure. Most of the money is borrowed but a portion, typically 30 per cent, usually comes from NSPI or a sister company. On that they receive a rate of return of nine per cent. Nova Scotia can borrow money today at less than two per cent.

The largest single investment of that type is the $1.577-billion Maritime Link connecting power from Newfoundland to Nova Scotia. It continues through to the New Brunswick border to facilitate exports to the United States. NSPI’s sister company, NSP Maritime Link Inc. (NSPML), is making nine per cent on $473 million of the cost.

There is little unexploited hydro capacity in Nova Scotia and there will not be any new coal-fired plants. Large-scale solar is not competitive in Nova Scotia’s climate. Nova Scotia’s needs would not accommodate the amount of nuclear capacity needed to be cost-effective.

So the candidates for future generating resources are wind, natural gas, biomass and imports from other jurisdictions. Tidal is a promising opportunity but is still searching for a commercially viable technology.

NSPI is commendably transparent about its process (irp.nspower.ca). At this stage there is little indication of the conclusions they are reaching but that will presumably appear in due course.

The mountains of detail might obscure the fact that NSPI is not an unbiased arbiter of choices for the future.

It is reported that they want to prematurely close the Trenton 5 coal plant in 2023-25. It is valued at $88.5 million. If it is closed early, ratepayers will still have to pay off the remaining value even though the plant will be idle. NSPI wants to plan a decommissioning of five of its other seven plants. There is a federal emissions constraint but retiring coal plants earlier than needed will cost ratepayers a lot.

Whenever those plants are closed, there will be a need for new sources of power. NSPI is proposing to plan for new investments in new transmission infrastructure to facilitate imports. Other possibilities would be additional wind farms, thermal plants that burn natural gas or biomass, or storage for excess wind power that arrives before it can be used. The investment in storage could be anywhere from $20 million to $200 million.

These will add to the asset burden funded by ratepayers while still paying for shuttered coal infrastructure.

External sources of new power will not provide NSPI the same opportunity: wind power by independent producers might be less expensive because they are willing to settle for less than nine per cent or because they are more efficient. Buying more power from Muskrat Falls will use transmission infrastructure we are already paying for. If a successful tidal technology is found, it will not be owned by NSPI or a sister company, which are no longer trying to perfect the technology.

This is not to suggest that NSPI would misrepresent the alternatives. But they can tilt the discussion in their favour. How tough will they be negotiating for additional Muskrat Falls power when it hurts their profits? Arguing for premature coal retirement on environmental grounds is fair game but whether the cost should be accepted is a political choice.

NSPI is in a conflict of interest. We need a different process. An independent body should author the integrated resource plan. They should be fully informed about NSPI’s views.

They should communicate directly with Newfoundland and Labrador for Muskrat power, with independent wind producers, and with tidal power companies. The UARB cannot do any of these things.

The resulting plan should undergo the same UARB review that NSPI’s version would. This enhances the likelihood that Nova Scotians will get the least-cost alternative.