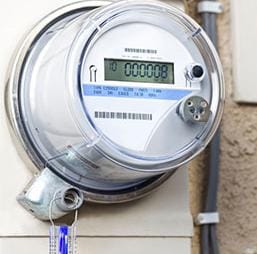 SAN FRANCISCO - The California Public Utilities Commission (CPUC) has officially commenced its “NEM-3” proceeding, which will establish the successor Net Energy Metering (NEM) tariff to the “NEM 2.0” program in California. This is a highly anticipated, high-stakes proceeding that will effectively modify the rules for the NEM tariff in California – arguably the single most important policy mechanism for customer-sited solar over the last decade.

The CPUC’s recent order instituting rule-making (OIR) filing stated that “the major focus of this proceeding will be on the development of a successor to existing NEM 2.0 tariffs. This successor will be a mechanism for providing customer-generators with credit or compensation for electricity generated by their renewable facilities that a) balances the costs and benefits of the renewable electrical generation facility and b) allows customer-sited renewable generation to grow sustainably among different types of customers and throughout California’s diverse communities.”

This successor tariff proceeding was initiated by Assembly Bill 327, which was signed into law in October of 2013. AB 327 is best known as the legislation that directed the CPUC to create the “NEM 2.0” successor tariff, which was adopted by the CPUC in January of 2016.

The original Net Energy Metering program in California (“NEM 1.0”) effectively enabled full-retail value net metering “allowing NEM customers to be compensated for the electricity generated by an eligible customer-sited renewable resource and fed back to the utility over an entire billing period.” Under the NEM 2.0 tariff, customers were required to pay charges that aligned them more closely with non-NEM customer costs than under the original structure. The main changes adopted when the NEM 2.0 was implemented were that NEM 2.0 customer-generators must: (i) pay a one-time interconnection fee; (ii) pay non-bypassable charges on each kilowatt-hour of electricity they consume from the grid; and (iii) customers were required to transfer to a time-of-use (TOU) rate.

The commencement of the NEM-3 OIR was preceded by the publishing of a 318-page Net Energy Metering 2.0 Lookback Study, which was published by Itron, Verdant Associates, and Energy and Environmental Economics. The CPUC-commissioned study had been widely anticipated and was expected to act as the starting reference point for the successor tariff proceeding. Verdant also hosted a webinar, which summarized the study’s inputs, assumptions, draft findings and results.

Popular content
The preliminary schedule that the CPUC laid out in its OIR estimates that the proceeding will take roughly 15 months in total, starting with a November 2020 pre-hearing conference.

The real meat of the proceeding, where parties will present their proposals for what they believe the successor tariff should be and really show their hand will not begin until the Spring of 2021. So we’re still a little ways away from seeing the proposals that the key parties to this proceeding, like the Investor Owned Utilities (PG&E, SCE, SDG&E), solar and storage advocates such as SEIA, CALSSA, Vote Solar, and ratepayer advocates like TURN) will submit.

While the outcome for the new successor NEM tariff is anyone’s guess at this point, some industry policy folks are starting to speculate. We think it is safe to assume that the value of exported energy will get reduced. How much and the mechanism for how exports get valued remains to be seen. Based on the findings from the lookback study, it seems like the reduction in export value will be more severe than what happened when NEM 2.0 got implemented. In NEM 2.0, non-bypassable charges, which are volumetric charges that must be paid on all imported energy and cannot be netted-out by exports, only equated to roughly $0.02 to $0.03/kWh.

We would not be surprised to see future storage attachment rates in California look like the Hawaiian market today, which are upwards of 80% for certain types of customers and applications. Two big questions on our mind are: (i) will the NEM 3.0 rules be different for different customer class: residential, CARE (e.g., low-income or disadvantaged communities), and commercial & industrial; (ii) will the CPUC introduce some sort of glidepath or phased in implementation approach?

The outcome of this proceeding will have far reaching implications on the future of customer-sited solar and energy storage in California. The NEM-3 outcome in California may likely serve as precedent for other states and utility territories that are expected to redesign their Net Energy Metering tariffs in the coming years.