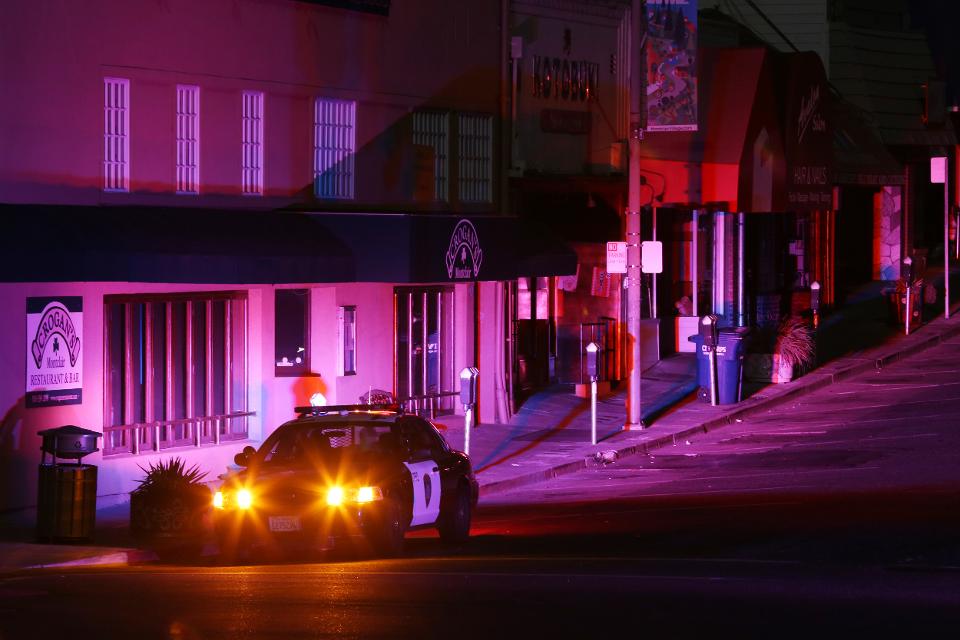 SAN FRANCISCO - California is again facing widespread blackouts. Politicians are scrambling to assign blame to Pacific Gas & Electric (PG&E) a heavily regulated utility that can only do what the politically appointed regulators say it can do. In recent years this has meant building a bunch of solar and wind projects, while decommissioning reliable sources of power and scrimping on power line maintenance and upgrades.

The blackouts are connected with the legal liability from old and improperly maintained power lines being blamed for sparking fires—in hopes that deenergizing the grid during high winds reduces the likelihood of fires.

How did the land of Silicon Valley and Hollywood come to have developing world electricity?

California’s Democratic majority, from Gov. Gavin Newsom to the solidly progressive legislature, to the regulators they appoint, have demanded huge increases in renewable energy. Renewable electricity targets have been pushed up, with the state expected to reach a goal of 33% of its power from renewable sources, mostly solar and wind, by next year, and 60% of its electricity from renewables by 2030.

In 2018, 31% of the electricity Californians purchased at the retail level came from approved renewables. But when rooftop solar is added to the mix, about 34% of California’s electricity came from renewables in 2018. Solar photovoltaic (PV) systems installed “behind-the-meter” (BTM) displace utility-supplied generation, but still affect the grid at large, as electricity must be generated at the moment it is consumed. PV installations in California grew 20% from 2017 to 2018, benefiting from the state’s Self-Generation Incentive Program that offers hefty rebates through 2025, as well as a 30% federal tax credit.

Increasingly large amounts of periodic, renewable power comes at a price—the more there is, the more difficult it is to keep the power grid stable and energized. Since electricity must be consumed the instant it is generated, and because wind and solar produce what they will whenever they do, the rest of the grid’s power producers—mostly natural gas plants—have to make up any differences between supply and immediate demand. This load balancing is vital, because without it, the grid will crash and widespread blackouts will ensue.

California often produces a surplus of mandated solar and wind power, generated for 5 to 8 cents per kilowatt hour. This power displaces dispatchable power from natural gas, coal and nuclear plants, resulting in reliable power plants spending less time online and driving up costs as the plants operate for fewer hours of the day. Subsidized and mandated solar power, along with a law passed in California in 2006 (SB 1638) that bans the renewal of coal-fired power contracts, has placed enormous economic pressure on the Western region’s coal power plants—among them, the nation’s largest, Navajo Generating Station. As these plants go off line, the Western power grid will become increasingly unstable. Eventually, the states that share their electric power in the Western Interconnect may have to act to either subsidize dispatchable power or place a value on reliability—something that was taken for granted in the growth of the America’s electrical system and its regulatory scheme.

California law regarding electricity explicitly states that “a violation of the Public Utilities Act is a crime” and that it is “…the intent of the Legislature to provide for the evolution of the ISO (California’s Independent System Operator—the entity that manages California’s grid) into a regional organization to promote the development of regional electricity transmission markets in the western states.” In other words, California expects to dictate how the Western grid operates.

One last note as to what drives much of California’s energy policy: politics. California State Senator Kevin de León (the author served with him in the State Assembly) drafted SB 350, the Clean Energy and Pollution Reduction Act. It became law in 2015. Sen. de León followed up with SB 100 in 2018, signed into law weeks before the 2018 election. SB 100 increased California’s renewable portfolio standard to 60% by 2030 and further requires all the state’s electricity to come from carbon-free sources by 2045.

Sen. de León used his environmental credentials to burnish his run for the U.S. Senate against Sen. Dianne Feinstein, eventually capturing the endorsements of the California Democratic Party and billionaire environmentalist Tom Steyer, now running for president. Feinstein and de León advanced to the general in California’s jungle primary, where Feinstein won reelection 54.2% to 45.8%.

De León may have lost his race for the U.S. Senate, but his legacy will live on in increasingly unaffordable electricity and blackouts, not only in California, but in the rest of the Western United States—unless federal or state regulators begin to place a value on reliability. This could be done by requiring utility scale renewable power providers to guarantee dispatchable power, either through purchase agreements with thermal power plants or through the installation of giant and costly battery farms or other energy storage means.