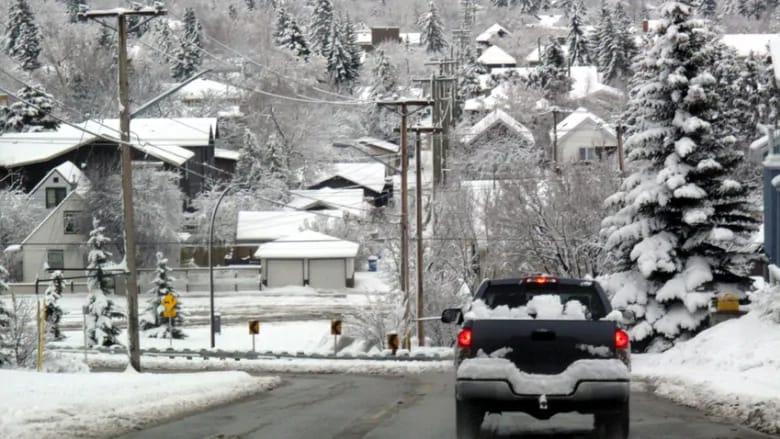 Calgary's power grid has withstood the frigid temperatures of the past month.

CALGARY - February was so cold in Calgary that the city used enough extra energy to power 3,400 homes for a whole year.

"We've seen through this cold period our system has held up very well. It's been very reliable," Enmax vice-president Andre van Dijk told the Calgary Eyeopener on Friday. "You know, in the absence of a windstorm combined with cold temperatures and that sort of thing, the system has actually held up pretty well."

The past month was the fourth coldest in Calgary's history. The average temperature for last month was –18.1 C. The long-term average for February is –5.4 C.

The electricity company monitors demand and load on a daily basis, always trying to predict issues before they happen, van Dijk said.

One of the issues they're watching is climate change, and how extreme temperatures and weather affect both the grid's reliability and the public's energy use.

The colder it gets, the higher you turn up the heat. The hotter it is, the more you use air conditioning.

He also noted that using fuels then contributes to climate change, creating a cycle.

​"We are seeing variations in temperature and we've seen large weather events across the continent, across the world, in fact, that impact electrical systems, whether that's flooding, as we've experienced here, or high winds, tornadoes," van Dijk said.

"Climate change and changing weather patterns have definitely had had an impact on us as an electrical industry."

In 2012, he said, Calgary switched from using the most power during winter to using the most during summer, in large part due to air conditioning, he said.

"Temperature is a strong influencer of energy consumption and of our demand," van Dijk said.

Christmas tree lights have also become primarily LED, van Dijk said, which cuts down on a big energy draw in the winter.

He said he expects more solar and other green resources will be added into the electrical system in the future to mitigate how much the increasingly levels of energy use impact climate change.