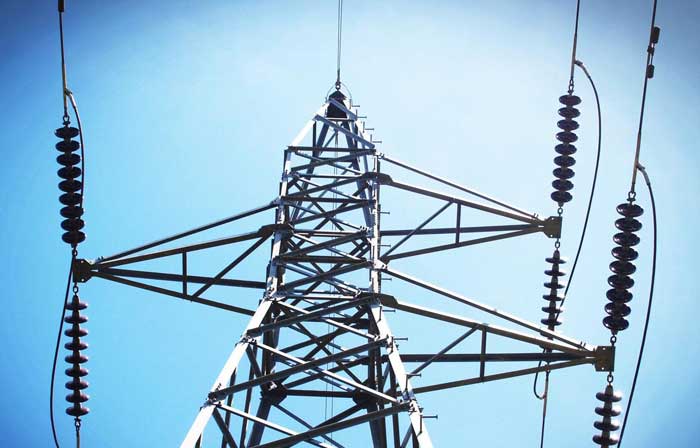 WASHINGTON - After decades of struggle, the U.S. clean-energy business is booming, with soaring electric-car sales and fast growth in wind and solar power. That’s raising hopes for the fight against climate change.

All this progress, however, could be derailed without a massive overhaul of America’s antiquated electric infrastructure – a task some industry experts say requires more than $2 trillion. The current network of transmission wires, substations and transformers is decaying with age and underinvestment, a condition highlighted by catastrophic failures during increasingly frequent and severe weather events.

Power outages over the last six years have more than doubled in number compared to the previous six years, according to a Reuters examination of federal data. In the past two years, power systems have collapsed in Gulf Coast hurricanes, West Coast wildfires, Midwest heat waves and a Texas deep freeze, causing long and sometimes deadly outages.

Compounding the problem, the seven regional grid operators in the United States are underestimating the growing threat of severe weather caused by climate change, Reuters found in a review of more than 10,000 pages of regulatory documents and operators’ public disclosures. Their risk models, used to guide transmission-network investments, consider historical weather patterns extending as far back as the 1970s. None account for scientific research documenting today’s more extreme weather and how it can disrupt grid generation, transmission and fuel supplies simultaneously.

The decrepit power infrastructure of the world’s largest economy is among the biggest obstacles to expanding clean energy and combating climate change on the ambitious schedule laid out by U.S. President Joe Biden. His administration promises to eliminate or offset carbon emissions from the power sector by 2035 and from the entire U.S. economy by 2050. Such rapid clean-energy growth would pressure the nation’s grid in two ways: Widespread EV adoption will spark a huge surge in power demand; and increasing dependence on renewable power creates reliability problems on days with less sun or wind.

“Competition from renewables is being strangled without adequate and necessary upgrades to the transmission network,” said Simon Mahan, executive director of the Southern Renewable Energy Association, which represents solar and wind companies.

The federal government, however, lacks the authority to push through the massive grid expansion and modernization needed to withstand wilder weather and accommodate EVs and renewable power. Under the current regulatory regime, the needed infrastructure investments are instead controlled by a Byzantine web of local, state and regional regulators who have strong political incentives to hold down spending, according to Reuters interviews with grid operators, federal and state regulators, and executives from utilities and construction firms.

“Competition from renewables is being strangled without adequate and necessary upgrades to the transmission network.”

Paying for major grid upgrades would require these regulators to sign off on rate increases likely to spark strong opposition from consumers and local and state politicians, who are keen to keep utility bills low. In addition, utility companies often fight investments in transmission-network improvements because they can result in new connections to other regional grids that could allow rival companies to compete on their turf. With the advance of green energy, those inter-regional connections will become ever more essential to move power from far-flung solar and wind installations to population centers.

The power-sharing among states and regions with often conflicting interests makes it extremely challenging to coordinate any national strategy to modernize the grid, said Alison Silverstein, an independent industry consultant and former senior adviser to the U.S. Federal Energy Regulatory Commission (FERC).

“The politics are a freakin’ nightmare,” she said.

The FERC declined to comment for this story. FERC Commissioner Mark Christie, a Republican, acknowledged the limitations of the agency’s power over the U.S. grid in an April 21 agency meeting involving transmission planning and costs.

“We can’t force states to do anything,” Christie said.

The White House and Energy Department did not comment in response to detailed questions from Reuters on the Biden administration’s plans to tackle U.S. grid problems and their impact on green-energy expansion.

The administration said in an April news release that it plans to offer $2.5 billion in grants for grid-modernization projects as part of Biden’s $1 trillion infrastructure package. A modernized grid, the release said, is the “linchpin” of Biden’s clean-energy agenda.