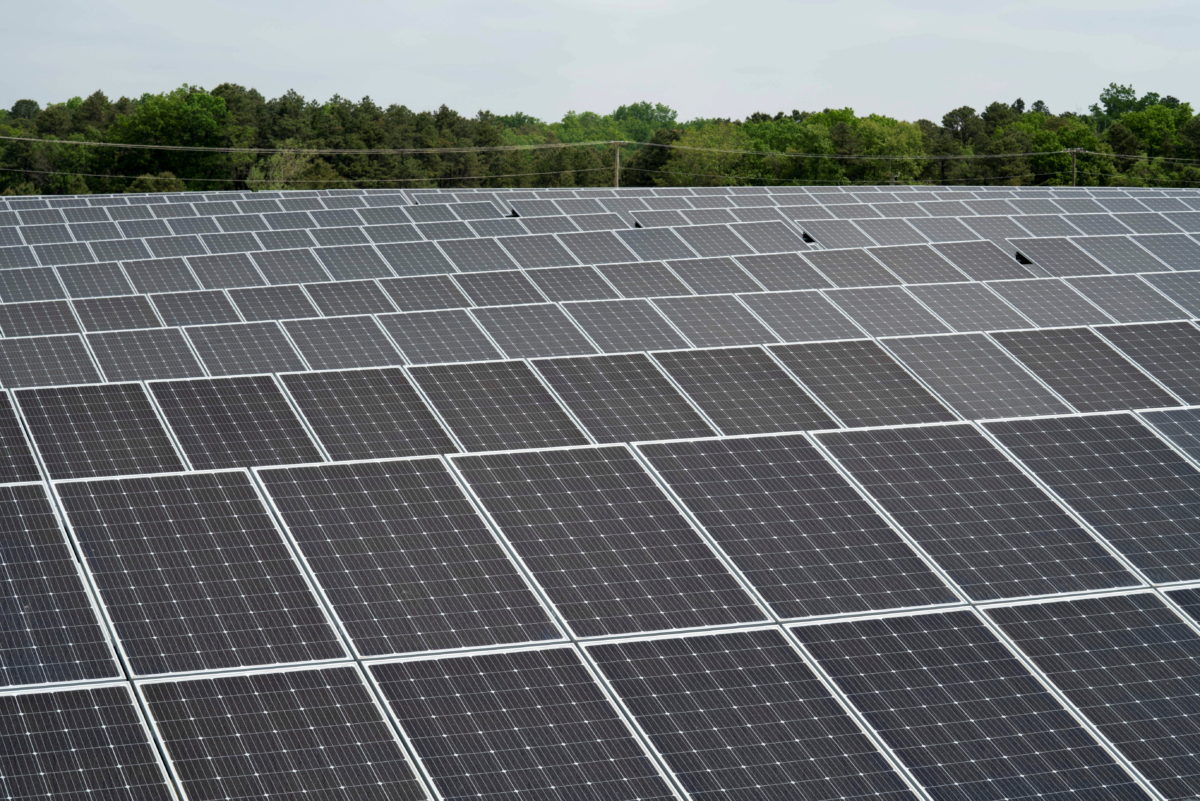 WASHINGTON - President Joe Biden has called for major clean energy investments as a way to curb climate change and generate jobs. On Sept. 8, 2021, the White House released a report produced by the U.S. Department of Energy that found that solar power could generate up to 45% of the U.S. electricity supply by 2050, compared to less than 4% today. The Conversation asked Joshua D. Rhodes, an energy technology and policy researcher at the University of Texas at Austin, what it would take to meet this target.

Why such a heavy focus on solar power? Doesn’t a low-carbon future require many types of clean energy?
The Energy Department’s Solar Futures Study lays out three future pathways for the U.S. grid: business as usual; decarbonization, meaning a massive shift to low-carbon and carbon-free energy sources; and decarbonization with economy-wide electrification of activities that are powered now by fossil fuels.

It concludes that the latter two scenarios would require approximately 1,050-1,570 gigawatts of solar power, which would meet about 44%-45% of expected electricity demand in 2050. For perspective, one gigawatt of generating capacity is equivalent to about 3.1 million solar panels or 364 large-scale wind turbines.

The rest would come mostly from a mix of other low- or zero-carbon sources, including wind, nuclear, hydropower, biopower, geothermal and combustion turbines run on zero-carbon synthetic fuels such as hydrogen. Energy storage capacity – systems such as large installations of high-capacity batteries – would also expand at roughly the same rate as solar.

One advantage solar power has over many other low-carbon technologies is that most of the U.S. has lots of sunshine. Wind, hydropower and geothermal resources aren’t so evenly distributed: There are large zones where these resources are poor or nonexistent.

Relying more heavily on region-specific technologies would mean developing them extremely densely where they are most abundant. It also would require building more high-voltage transmission lines to move that energy over long distances, which could increase costs and draw opposition from landowners.

Is generating 45% of U.S. electricity from solar power by 2050 feasible?
I think it would be technically possible but not easy. It would require an accelerated and sustained deployment far larger than what the U.S. has achieved so far, even as the cost of solar panels has fallen dramatically. Some regions have attained this rate of growth, albeit from low starting points and usually not for long periods.

The Solar Futures Study estimates that producing 45% of the nation’s electricity from solar power by 2050 would require deploying about 1,600 gigawatts of solar generation. That’s a 1,450% increase from the 103 gigawatts that are installed in the U.S. today. For perspective, there are currently about 1,200 gigawatts of electricity generation capacity of all types on the U.S. power grid.

The report assumes that 10%-20% of this new solar capacity would be deployed on homes and businesses. The rest would be large utility-scale deployments, mostly solar panels, plus some large-scale solar thermal systems that use mirrors to reflect the sun to a central tower.

Assuming that utility-scale solar power requires roughly 8 acres per megawatt, this expansion would require approximately 10.2 million to 11.5 million acres. That’s an area roughly as big as Massachusetts and New Jersey combined, although it’s less than 0.5% of total U.S. land mass.

I think goals like these are worth setting, but are good to reevaluate over time to make sure they represent the most prudent path.