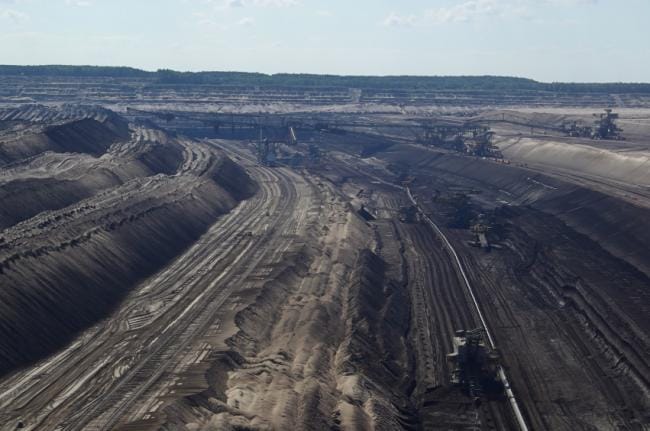 Is anyone paying any attention to the crisis that is going on in our electric power markets?

Over the past six months at least four major nuclear power plants have been slated for shutdown, including the last one in operation in California. Meanwhile, dozens of coal plants have been shuttered as well — despite low prices and cleaner coal. Some of our major coal companies may go into bankruptcy.

This is a dangerous game we are playing here with our most valuable resource — outside of clean air and water. Traditionally, we've received almost half our electric power nationwide from coal and nuclear power, and for good reason. They are cheap sources of power and they are highly resilient and reliable.

The disruption to coal and nuclear power wouldn't be disturbing if this were happening as a result of market forces. That's only partially the case.

The amazing shale oil and gas revolution is providing Americans with cheap gas for home heating and power generation. Hooray. The price of natural gas has fallen by nearly two-thirds over the last decade and this has put enormous price pressure on other forms of power generation.

But this is not a free-market story of Schumpeterian creative destruction. If it were, then wind and solar power would have been shutdown years ago. They can't possibly compete on a level playing field with $3 natural gas.

In most markets solar and wind power survive purely because the states mandate that as much as 30 percent of residential and commercial power come from these sources. The utilities have to buy it regardless of price. What a sweet deal. The California state legislature just mandated that every new home spend $10,000 on solar panels on the roof.

Well over $100 billion of subsidies to big wind and big solar were doled out over the last decade, and even with the avalanche of taxpayer subsidies and bailout funds many of these companies like Solyndra (which received $500 million in handouts) failed.

These industries are not anywhere close to self sufficiency. In 2017 the wind industry admitted that without a continuation of a multi-billion tax credit, the wind turbines would stop turning.

This combines with the left's war on coal through regulations that have destroyed coal plants in many areas. (Thank goodness for the exports of coal or the industry would be in much bigger trouble.)

Bottom line: Our power market is a Soviet central planner's dream come true and it is extinguishing our coal and nuclear industries.

Why should anyone care?

First, because government subsidies, regulations and mandates make electric power more expensive. Natural gas prices have fallen by two-thirds, but electric power costs have still risen in most areas — thanks to the renewable mandates.

More importantly, the electric power market isn't accurately pricing in the value of resilience and reliability. What is the value of making sure the lights don't go off? What is the cost to the economy and human health if we have rolling brownouts and blackouts because the grid doesn't have enough juice.

Politicians, utilities and federal regulators are shortsightedly killing our coal and nuclear capacities without considering the risk of future energy shortages and power disruptions. Once a nuclear plant is shutdown, you can't just fire it back up again when you need it.

Wind and solar are notoriously unreliable. Most places where wind power is used, coal plants are needed to back up the system during peak energy use and when the wind isn't blowing.

The first choice to fix energy markets is to finally end the tangled web of layers and layers of taxpayer subsidies and mandates and let the market choose. Alas, that's nearly impossible given the political clout of big wind and solar.

The second best solution is for the regulators and utilities to take into account the reliability and safety of our energy. Would people be willing to pay a little more for their power to ensure against brownouts? I sure would. The cost of having too little energy far exceeds the cost of having too much.

A glass of water costs pennies, but if you're in a desert dying of thirst, that water may be worth thousands of dollars.

I'll admit I'm not sure what the best solution is to the power plant closures. But if we have major towns and cities in the country without electric power for stretches of time because of green energy fixation, Americans are going to be mighty angry and our economy will take a major hit.

When our manufacturers, schools, hospitals, the internet and iPhones shut down, we're not going to think wind and solar power are so chic.

If the lights start to go out five or 10 years from now, we will look back at what is happening today and wonder how we could have been so darn stupid.