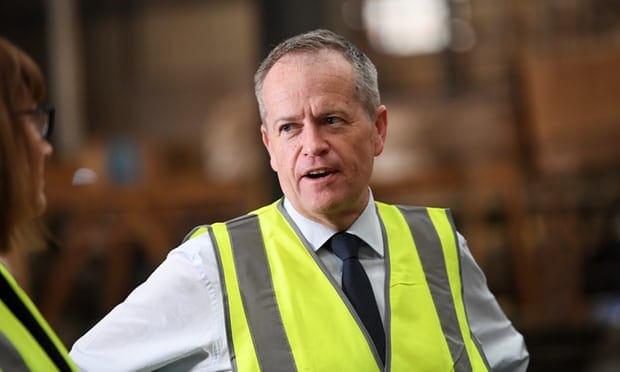 MELBOURNE - Australia's Labor leader Bill Shorten has called for significant changes to the rules governing the national electricity market, saying they are biased in favour of big energy generators to the detriment of households.

He said the national electricity market (NEM) rules are designed to help the big companies recoup the money they spent on purchasing government assets, rather than encourage households to generate their own power, and they need to change faster to adapt to consumer needs.

His comments hint at a possible overhaul of the NEM’s governance structure under a future Labor government, because the current rule-making process is too cumbersome and slow, with suggested rules changes taking years to be introduced.

Labor had promoted a similar idea in the lead-up to the 2016 election, with its call for an electricity modernization review, but now the Finkel review has been released it would be used to guide such a review.

In a speech to the Australian Financial Review’s National Energy Summit in Sydney on Monday, Shorten recommitted Labor to negotiating a “fair-dinkum” clean energy target with the Turnbull government, saying “it’s time to put away the weapons of the climate change wars” and work together to find a way forward.

He said the media and business can all share the blame for Australia’s lost decade of energy policy development, but “we need to stop spoiling for a fight and start seeking a solution”.

“The scare campaigns and hyper-partisanship that got Australia into this mess, will not get us out of it,” he will say.

“That’s why, a bit over four months ago, before the chief scientist released his report, I wrote to the prime minister offering an olive branch.

“I said Labor was prepared to move from our preferred position of an emissions intensity scheme and negotiate a fair-dinkum clean energy target.

“That offer was greeted with some cynicism in the media. But let me be crystal clear – I made that offer in good faith, and that offer still stands.”

Shorten said Australia needs to resolve the current “gas crisis” and do more to drive investment in renewable energy that delivers more reliable electricity, and if Labor wins the next election it will organise Australia into a series of renewable energy zones – as recommended by the chief scientist, Alan Finkel – that identify wind, solar, pumped hydro and geothermal resources, and connect them to the existing network.

“These zones would be based on both existing generation and storage in the area – and the potential for future development,” he said.

Shorten also said Labor will free up the Clean Energy Finance Corporation to invest in more generation and more storage.

“Under Labor, the return benchmark for the CEFC was set at the weighted average of the Australian government bond rate.

“Under this government, it was initially increased to the weighted average plus 4% to 5% and is now set at the average plus 3% to 4%.

“Setting the return benchmark too high defeats the driving purpose of the CEFC and it holds back the crucial investment Australia needs – right now – in new generation and storage.

“This is why a Labor government would restore the original benchmark return of the Clean Energy Finance Corporation, to invest in more generation, more storage and more jobs.”