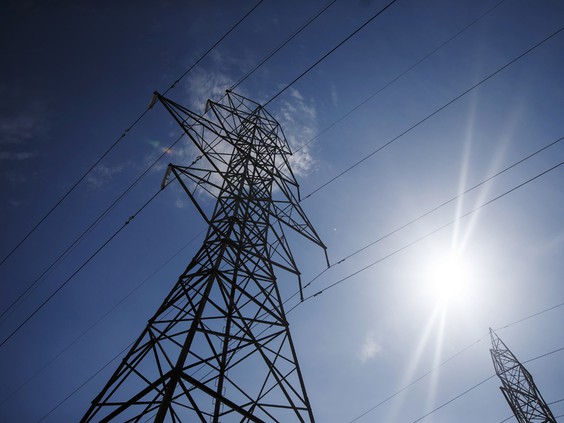 The proposed construction of a 1.25 gigawatt transmission line from southern Quebec to Astoria, Queens, known as the Champlain Hudson Power Express, ties into a longer term strategy by Hydro Québec: in the coming decade, as cities such as New York and Boston look to transition away from fossil fuel-generated electricity and decarbonize their grids, Hydro-Québec sees opportunities to supply them with energy from its vast network of 61 hydroelectric generating stations and other renewable power.

Already, the provincial utility is one of North America’s largest energy producers, generating $2.3 billion in net income in 2020. Hydro-Quebec has said it intends to increase exports and had set a goal of reaching $5.2 billion in net income by 2030, though its forecasts are currently under review.

But just as oil and gas companies have encountered opposition to nearly every new pipeline, Hydro-Québec is finding resistance as it seeks to expand its pathways into major export markets, which are all in the U.S. northeast. Indeed, some fossil fuel companies that would be displaced by Hydro-Québec are fighting to block the construction of its new transmission lines.

“Linear projects — be it a transmission line or a pipeline or highway or whatever — there’s always a certain amount of public opposition,” Gary Sutherland, director of strategic affairs and stakeholder relations for Hydro-Québec, told the Financial Post, “which is a good thing because it makes the project developer ask the right questions.”

While Sutherland said he isn’t expecting opposition to the line into New York, he acknowledged Hydro-Québec also didn’t fully anticipate the opposition encountered with the New England Clean Energy Connect, a 1.2 gigawatt transmission line that would cost an estimated US$950 million and run from Quebec through Maine, eventually connecting to Massachusetts’ grid.

In Maine, natural gas and nuclear energy companies, which stand to lose market share, and also environmentalists, who oppose logging through sensitive habitat, both oppose the project.

In August, Maine’s highest court invalidated a lease for the land where the lines were slated to be built, throwing permits into question. Meanwhile, Calpine Corporation and Vistra Energy Corp., both Texas-based companies that operate natural gas plants in Maine, formed a political action committee called Mainers for Local Power. It has raised nearly US$8 million to fight the transmission line, according to filings with the Maine Ethics Commission.

Neither Calpine nor Vistra could be reached for comment by the time of publication.

“It’s been 30 years since we built a transmission line into the U.S. northeast,” said Sutherland. “In that time we have increased our exports significantly … but we haven’t been able to build out the corresponding transmission to get that energy from point A to point B.”

Indeed, since 2003, Hydro-Québec’s exports outside the province have grown from roughly two terrawatts per year to more than 30 terrawatts. The provincial utility produces around 210 terrawatts annually, but uses less than 178 terrawatts in Quebec.

In Massachusetts, it has signed contracts to supply 9.4 terrawatts annually — an amount roughly equivalent to 8 per cent of the New England region’s total consumption. Meanwhile, in New York, Hydro-Québec is in the final stages of negotiating a 25-year contract to sell 10.4 terawatts — about 20 per cent of New York City’s annual consumption.

In his tweets, Legault described the New York contract as being worth more than $20 billion over 25 years, although Hydro Québec declined to comment on the value because the contract is still under negotiation and needs approval by New York’s Public Services Commission — expected by mid-December.

Both regions are planning to build out solar and wind power to reach ambitious 2030 decarbonization targets. New York has legislated a goal of 70 per cent renewable power by that time, while Massachusetts has called for a 50 per cent reduction in emissions in the same period.

Hydro-Quebec signage is displayed on a manhole cover in Montreal. PHOTO BY BRENT LEWIN/BLOOMBERG FILES
According to a 2020 paper titled “Two Way Trade in Green Electrons,” written by three researchers at the Center for Energy and Environmental Policy Research at the Massachusetts’ Institute for Technology, Quebec’s hydropower, which like fossil fuels can be dispatched, will help cheaply and efficiently decarbonize these grids.

“Today transmission capacity is used to deliver energy south, from Quebec to the northeast,” the researchers wrote, adding, “…in a future low-carbon grid, it is economically optimal to use the transmission to send energy in both directions.”

That is, once new transmission lines and wind and solar power are built, New York and Massachusetts could send excess energy into Quebec where it could be stored in hydroelectric reservoirs until needed.

“This is the future of this northeast region, as New York state and New England are decarbonizing,” said Sutherland. “The only renewable energies they can put on the grid are intermittent, so they’re going to need this backup and right to the north of them, they’ve got Hydro-Québec as backup.”

Hydro-Québec already sells roughly 7 terrawatts of electricity per year into New York on the spot market, but Sutherland says it is constrained by a lack of capacity to transmit more.

And because transmission lines can cost billions of dollars to build, he said Hydro-Québec needs the security of long-term contracts that ensure it will be paid back over time.

Sutherland expressed confidence that the Champlain Hudson Power Express project would be constructed by 2025. He noted its partners, Blackstone-backed Transmission Developers, have been working on the project for more than a decade, and have already won support from labour unions, some environmental groups and industry.

The project calls for a barge to move through Lake Champlain and the Hudson River, and dig a trench while unspooling and burying two high voltage cables, each about 10-12 centimetres in diameter. In certain sections of the Hudson River, known to have high concentrations of PCP pollutants, the cable would be buried underground alongside the river.