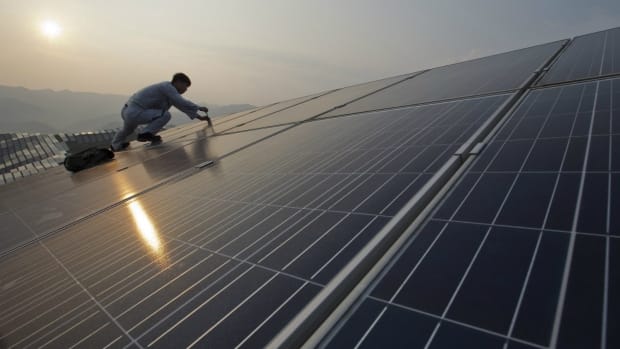 CALGARY - Three new solar electricity facilities to be built in south eastern Alberta (Canada) have been selected through a competitive process to supply the Government of Alberta with 55 per cent of their annual electricity needs. The facilities will be built near Hays, Tilley, and Jenner, by Canadian Solar with Conklin Métis Local #193 as 50-percent equity owners.

The Government of Alberta's operations have been powered 100 per cent with wind electricity since 2007. Upon the expiration of some of these contracts, they have been renewed to switch from wind to solar energy. The average contract pricing will be $0.048 per kilowatt hour (3.6 cents/kWh USD), which is less than the average historical wholesale power pool price paid to natural gas-fired electricity in the province in years 2008 - 2018.

"The conversation about solar energy has long been fixated on its price competitiveness with fossil fuels," said John Gorman, CanSIA President & CEO. "Today's announcement demonstrates that low cost solar energy has arrived as a mainstream option in Alberta. The conversation should next focus on how to optimize an all-of-the-above strategy for developing the province's renewable and non-renewable resources."

"This price discovery is monumental for the solar industry in Canada" said Patrick Bateman, CanSIA Director of Policy & Market Development. "At less than five cents per kilowatt hour, this solar electricity has a cost that is less than that of natural gas. Achieving Alberta's legislated 30 per cent by 2030 renewable electricity target just became a whole lot cheaper!".

To learn more about solar energy and the best way for consumers to go solar, please visit the Canadian Solar Industries Association at www.CanSIA.ca.