Alberta is a powerhouse for both green energy and fossil fuels 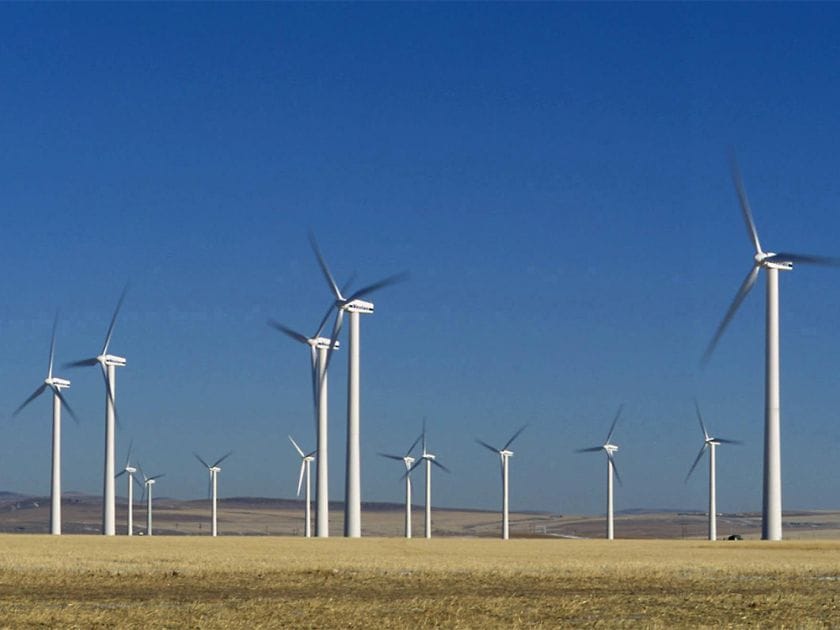 A few things are abundantly clear about the state of renewable energy in Alberta today.

In fact, new developments are already going ahead.

And industry experts believe private-sector companies that increasingly want to purchase wind or solar power are going to become a driving force behind even more projects in Alberta.

BluEarth Renewables CEO Grant Arnold, who spoke Wednesday at the Canadian Wind Energy Association conference, pointed out the sector is poised to keep building in the province, even with the end of the REP program that helped kick-start projects and triggered low power prices.

“The fundamentals here are, I think, quite fantastic — strong resource, which leads to really competitive wind prices . . . it’s now the cheapest form of new energy in the province,” he told the audience.

“Alberta is in a fundamentally good place to grow the wind market.”

Unlike other provinces, Alberta has an open, deregulated marketplace, which create opportunities for private-sector investment.

The recent decision by the Kenney government to stick with the energy-only market, instead of shifting to a capacity market, is seen as positive by renewable electricity developers.

There is also increasing interest from corporations to buy wind and solar power from generators — a trend that has taken off in the United States with players such as Google, General Motors and Amazon — and that push is now emerging in Canada.

“You have some companies where . . . it’s what their investors and customers are demanding. I think we will see in Alberta customers who see this as a good way to meet their carbon compliance requirements.

“And the third motivation to do it is you can get the power at a good price.”

Just last month, Perimeter Solar signed an agreement with TC Energy to supply the Calgary-based firm with 74 megawatts from its solar project near Claresholm.

More deals in the industry are being discussed, and it’s expected this shift will drive other projects forward.

There is increasing interest from corporations to buy solar and wind energy directly from generators.

“The single-biggest change has been the price of wind and solar,” Arnold said in an interview.

“Alberta looks really, really bright right now because we have an open market. All other provinces, for regulatory reasons, we can’t have this (deal) . . . between a generator and a corporate buyer of power. So Alberta has a great advantage there.”

These forces are emerging as the renewable energy industry has seen dramatic change in recent years in Alberta, with costs dropping and an array of wind and solar developments moving ahead.

The former NDP government had an aggressive target to see green energy sources make up 30 per cent of all electricity generation by 2030.

Last week, the Alberta Electric System Operator put out its long-term outlook, with its base-case scenario projecting moderate demand growth for power over the next two decades. However, the expected load growth — expanding by an average of 0.9 per cent annually until 2039 — is only half the rate seen in the past 20 years.

Natural gas will become the main generation source in the province as coal-fired power (now comprising more than one-third of generation) is phased out.

Renewable projects initiated under the former NDP government’s REP program will come online in the near term, while “additional unsubsidized renewable generation is expected to develop through competitive market mechanisms and support from corporate power purchase agreements,” the report states.

AESO forecasts installed generation capacity for renewables will almost double to about 19 per cent by 2030, with wind and solar increasing to 21 per cent by 2039.

Another key policy issue for the sector will likely come within the next few weeks when the provincial government introduces details of its new Technology Innovation and Emissions Reduction program (TIER).

The initiative will require large industrial emitters to reduce greenhouse gas emissions to a benchmark level, pay into the technology fund, or buy offsets or credits. The carbon price is expected to be around $20 to $30 a tonne, and the system will kick in on Jan. 1, 2020.

Industry players point out the decision to stick with Alberta’s energy-only market along with the details surrounding TIER, and a focus by government on reducing red tape, should all help the sector attract investment.

“It is pretty clear there is a path forward for renewables here in the province,” said Evan Wilson, regional director with the Canadian Wind Energy Association.

All of these factors are propelling the wind and solar sector forward in the province, at the same time the oil and gas sector faces challenges to grow.

But it doesn’t have to be an either/or choice for the province moving forward. We’re going to need many forms of energy in the coming decades, and Alberta is an energy powerhouse, with potential to develop more wind and solar, as well as oil and natural gas resources.

“What we see sometimes is the politics and discussion around renewables or oil becomes a deliberate attempt to polarize people,” Arnold added.

“What we are trying to show, in working in Alberta on renewable projects, is it doesn’t have to be polarizing. There are a lot of solutions.

“The combination of solutions is part of what we need to talk about.”