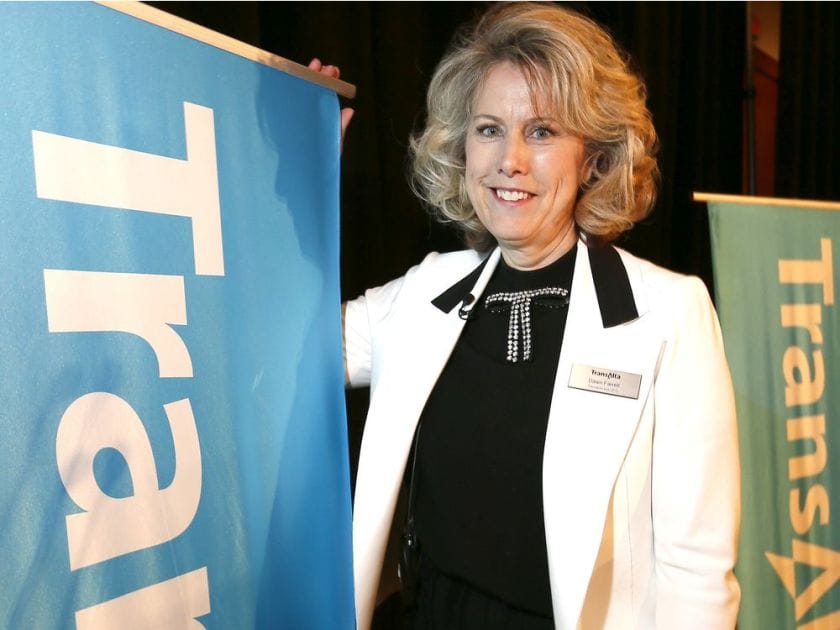 But other changes could be coming to the province’s existing energy-only electricity market — including the alteration of the $999 per megawatt-hour (MW-h) wholesale price cap in Alberta.

The heads of TransAlta Corp. and Capital Power Corp. are proceeding with strategies to convert existing coal-fired power generating facilities to use natural gas in the coming years.

Calgary-based TransAlta first announced in 2017 that it would make the switch, as the NDP government was in the midst of overhauling the electricity sector.

At the time, the Notley government planned to phase out coal-fired power by 2030, and shift Alberta into an electricity capacity market in 2021.

Such a move, made on the recommendation of the Alberta Electric System Operator (AESO), was intended to reduce price volatility and ensure system reliability.

The UCP government decided last month to ditch plans for a capacity market after consulting with the sector, saying it would be better for consumers.

On a conference call, TransAlta CEO Dawn Farrell said the company will convert coal-fired generating plants to burn gas, although it may alter the mix between simple conversions and switching to so-called “hybrid” plants.

(A hybrid conversion is a larger and more-expensive switch, as it includes installing a new gas turbine and heat-recovery steam generator, but it creates a highly efficient combined cycle unit.)

“Our view is fundamentally that carbon will be priced over the next 20 years no matter what,” she said Friday.

“We cannot get off coal fast enough in this company, and gas right now in Alberta is extremely inexpensive…

“So our coal-to-gas strategy is completely predicated on our belief that it’s not smart to be in carbon-intensive fuels for the future.”

The company said it’s planning the coal-to-gas conversion and re-powering of some or all of the units at its Keephills and Sundance facilities to gas-fired generation sometime between 2020 and 2023.

Similarly, Capital Power CEO Brian Vaasjo said the Edmonton-based company is moving ahead with a project that will allow it to burn both coal and natural gas at its Genesee generating station.

In June, the company announced it would spend an estimated $50 million between 2019 and 2021 to allow it to use gas at the facility.

“What we’re doing is going to be dual fuel, so we will be able to operate 100 per cent natural gas or 100 per cent coal and everything in between,” Vaasjo said in an interview.

The transition comes as the government’s decision to stick with the energy-only market has been welcomed by players in the industry.

A study by electricity consultancy EDC Associates found the capacity market would result in consumers paying an extra $1.4 billion in direct costs in 2021-22, as it required more generation to come online earlier than expected.

These additional costs would have accumulated to $10 billion by 2030, said EDC chief executive Duane-Reid Carlson.

For Capital Power, the decision to stick with the current system makes the province more investable in the future. Vaasjo said there was great uncertainty about the transition to a capacity market, and the possibility of rules shifting further.

Officials with Enmax Corp. said the city-owned utility would not have invested in future generation under the proposed capacity market.

“There is no short-term need (today) for new generation, so we’re just looking at the market and saying, ‘OK, as it evolves, we will see what happens,’” said Enmax vice-president Tim Boston.

Sticking with the energy-only market doesn’t mean Alberta will keep the existing rules.

In a July 25 letter, Alberta Energy Minister Sonya Savage directed AESO chair Will Bridge to examine if changes to the existing market are needed and report back by July 2020.

AESO, which manages the power grid, has been asked to investigate whether the current price cap of $999 per megawatt-hour (MW-h) should be changed.

The price ceiling hasn’t been altered since the energy-only market was implemented by the Klein government about two decades ago.

While allowing prices to go higher would increase volatility during periods of rising demand and limited supply, it would send a signal to generators when investment in new generation is required, said Kent Fellows, a research associate at the University of Calgary’s School of Public Policy.

“Keeping the price (cap) too low could end up costing us more in the long run,” he said.

In a 2016 report, AESO said the province examined raising the price cap to $5,000 per MW-h, but “determined that it was unlikely to be successful in attracting investment due to increased price volatility.”

However, the amount of future generation that will be required in Alberta has been scaled back by the province.

In the United States, the Electricity Reliability Council of Texas (ERCOT) allows wholesale power prices in the state to climb to a cap of $9,000 per megawatt hours as demand rises — as it did Tuesday in the midst of a heat wave, according to Bloomberg.

Jim Wachowich, legal counsel for the Consumers’ Coalition of Alberta, said while few players are exposed to spot electricity prices, he has yet to be convinced raising the cap would be good for Albertans.

“Someone has to show me the evidence, and I suspect that’s what the minister has asked the AESO to do,” he said.

Generators say they believe some tinkering is needed to the energy-only market to ensure new generation is built when it’s required.

“The No. 1 change that the government has to … think about is in pricing,” added Farrell.

“If you don’t have enough of a price signal in an energy-only market to attract new capital, you won’t get new capital — and you’ll run up against the wall.”