Hybrid, PHEV or BEV? Which kind of electric vehicle to choose depends on you 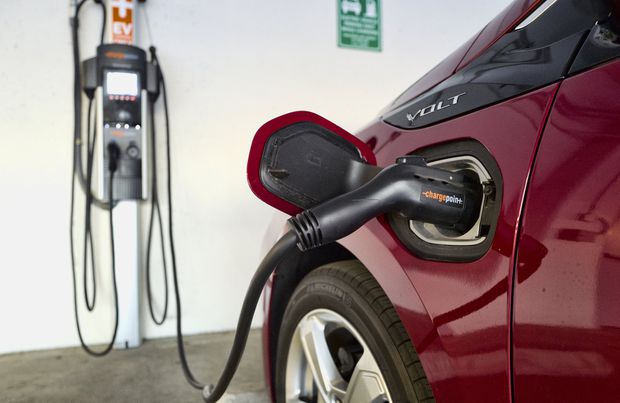 TORONTO - Many new cars are now electrified in some way, either to reduce their fuel consumption or improve their performance. There are three kinds of electrified vehicles to choose from. The best one for you will depend on your circumstances and how you plan to use it.

Hybrid
Hybrids have been around a long time; the first Toyota Prius hybrid was introduced more than 20 years ago. They combine a dedicated battery and electric motor with a conventional gasoline engine, and the battery is recharged by driving the vehicle. Step on the throttle, and the electric motor works in tandem with the gas engine to deliver extra power; touch the brakes, and the energy that would normally become heat is diverted to top up the battery. It cannot be plugged in to an outside power supply.

The principle of the hybrid is that the electric motor can take some of the load off the engine, so less gasoline is used. The engine is usually smaller, too, to save even more fuel. In the early days, hybrids did not switch off their gas engines, but today, most will save fuel during coasting or very light acceleration by turning off the gas supply completely and shutting off the engine, running on just the electric motor for short periods of time.

A hybrid will cost more than a conventional gas-powered vehicle because you’re paying for an additional battery and an electric motor. The difference used to be about an extra $5,000, negating any savings in fuel during a driver’s years of ownership, but the price gap is now considerably less. The Toyota Corolla Hybrid, for example, starts at $1,400 more than its conventional equivalent, though it cannot be bought in the cheapest of the Corolla’s trim levels.

You should drive a hybrid if you want to consume less gas when you drive.
You should not drive a hybrid if you want the cheapest and simplest vehicle you can find.
Plug-in hybrid
While similar to a hybrid, a plug-in hybrid electric vehicle (PHEV) can be plugged into a household electrical socket or a commercial outlet to charge its battery. It can be driven for longer distances with just its electric motor, usually between 20 and 60 kilometres, and that power comes from the relatively cheap supply of electricity off the grid. It also charges its battery while driving, just like a hybrid.

The main principle is that most people drive relatively short distances on any given day, and on those days, only electricity will be used as fuel if you top it up each night. When you need to drive a longer distance, such as off to the cottage on the weekend, the vehicle has the same range and gas fill-up speed as any conventional vehicle.

If you commute into the city, you can use gasoline on the open highway then switch to clean electricity when you hit stop-and-go traffic. Or just push a button to combine the two, for the same benefits as a standard hybrid.

A battery electric vehicle (BEV) is powered solely by an electric motor. It must be plugged into a power supply to charge its dedicated batteries, and it is so clean to drive that it doesn’t even have a tailpipe.

Even a decade ago, the few electric cars available were limited to a range of about 100 kilometres, and there were very few places to charge them except for a regular socket at your home or workplace. Today, however, there are dozens of vehicle choices with literally hundreds more on the horizon, and a constantly expanding network of thousands of commercial charging stations. The smallest batteries have ranges of more than 200 kilometres, while the largest have more than 500, though that drops in freezing weather.

Most owners install Level 2 charging stations at home and can fully charge their vehicles overnight. When away from home, Level 3 chargers can usually do the same thing in less than an hour. A regular 120-volt socket can be used in a pinch, but the battery will be very slow to charge.

A pure electric vehicle is easy and quick to drive, with no gears and instant acceleration. Many have a “one pedal” switch, so they can be set to drive like a golf cart; they slow down when you take your foot off the throttle, and the brakes need rarely be used.

BEVs can be expensive to buy, though their maintenance is often considerably cheaper than conventional vehicles. The federal government offers a $5,000 rebate on electric vehicles that are priced below $45,000, but many are more costly than that. The Quebec, British Columbia and Nova Scotia governments also offer provincial rebates.