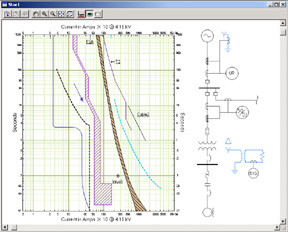 Arc Flash Calculations are required if you want to determine the incident energy level a worker could be exposed to in calories/cm2.  This is outlined by NFPA 70E Electrical Safety Requirements for Employee Workplaces, states, “A hazard analysis shall be done in order to protect personnel from the possibility of being injured by an arc flash. The analysis shall determine the Flash Protection Boundary and the personal protective equipment that people within the Flash Protection Boundary shall use.” In addition, IEEE Standard 1584, Guide for Performing An Arc-Flash Hazard Calculations.

As understanding of the arc-flash hazard has grown, several methods for calculating the hazard have been developed. Three of these methods will be examined in this section—the theoretical model, the equations and tables used in NFPA 70E and the calculation methods presented in IEEE Std 1584.