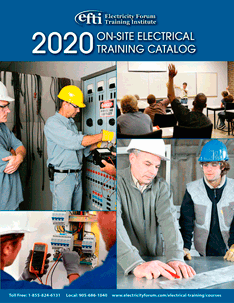 So, what is electricity? The truth is that electricity, like natural resources, has always been around because it naturally exists in the world. Lightning, for instance, is simply a flow of electrons between the ground and the clouds in the form of static electricity. When you touch something and get a shock, that is really static electricity moving toward you.

Hence, electrical technology like motors, light bulbs, and batteries aren't needed for electic power to exist. They are just creative inventions designed to harness and use electric power.

In the rich History of Electricity, the first discoveries were made back in ancient Greece. Greek philosophers discovered that when amber is rubbed against cloth, lightweight objects will stick to it. This is the basis of static shock.

The History of Electricity. We've all heard of famous people like Benjamin Franklin and Thomas Edison, but there have been many other inventors throughout time that play a crucial part in the story of electric power.

Imagine a world without electricity. No computers. No televisions. None of the modern "conveniences" we take for granted.

In the late 19th Century electricity was a new marvel. People had known about electricity for many years. Benjamin Franklin first achieved world renown for his experiments with electricity, including work with his famous kite and key. Until just over a century ago there was no way for electricity to be harnessed for practical use. It was in the late 1870s when America's greatest inventor -- Thomas Alva Edison -- developed and built the first electricity generating plant in New York City.

Soon numerous electric companies were competing to supply power in the nation's major cities. The focus was on business customers, although some wealthy homeowners had electric lighting installed. Because generation capacity was so limited most homes could only have three or four electric lights. And homeowners often had to turn off one light before they could turn on another.

By 1920 all of the nation's major cities had competing electric companies, each with its own sets of poles and wires. In order to bring service to more people, states began adopting laws providing for a single electric company in each city. From these laws grew the "regulatory compact" which formed the foundation of the electric utility industry in the U.S. for nearly eight decades.

Efforts to understand, capture, and tame electricity began in the 18th century. For the next 150 years, dozens of "natural scientists" in England, Europe, colonial America, and later the United States analyzed electricity in nature, but producing it outside of nature was another matter. That didn't happen on any large scale until the late 19th century. Setting the stage for widespread commercial use of electricity were international researchers engaged in pure scientific research, and entrepreneurial businessmen who made their own major discoveries or produced, marketed, and sold products based on others' ideas.

Franklin was an American writer, publisher, scientist and diplomat, who helped to draw up the famous Declaration of Independence and the US Constitution. In 1752 Franklin proved that lightning and the spark from amber were one and the same thing. The story of this famous milestone is a familiar one, in which Franklin fastened an iron spike to a silken kite, which he flew during a thunderstorm, while holding the end of the kite string by an iron key. When lightening flashed, a tiny spark jumped from the key to his wrist. The experiment proved Franklin's theory, but was extremely dangerous - He could easily have been killed.

In 1786, Luigi Galvani, an Italian professor of medicine, found that when the leg of a dead frog was touched by a metal knife, the leg twitched violently. Galvani thought that the muscles of the frog must contain electric energy. By 1792 another Italian scientist, Alessandro Volta, disagreed: he realised that the main factors in Galvani's discovery were the two different metals - the steel knife and the tin plate - apon which the frog was lying. Volta showed that when moisture comes between two different metals, electric power is created. This led him to invent the first electric battery, the voltaic pile, which he made from thin sheets of copper and zinc separated by moist pasteboard.

In this way, a new kind of electric power was discovered, electric power that flowed steadily like a current of water instead of discharging itself in a single spark or shock. Volta showed that electric power could be made to travel from one place to another by wire, thereby making an important contribution to the science of electric power. The unit of electrical potential, the Volt, is named after Volta.

Italian physician Girolamo Cardano wrote about electric energy in De Subtilitate (1550) distinguishing, perhaps for the first time, between electrical and magnetic forces. In 1600 the English scientist William Gilbert, in De Magnete, expanded on Cardano's work and coined the New Latin word electricus from elektron, the Greek word for "amber". The first usage of the word electric energy is ascribed to Sir Thomas Browne in his 1646 work, Pseudodoxia Epidemica.

Gilbert was followed in 1660 by Otto von Guericke, who invented an early electrostatic generator. Other pioneers were Robert Boyle, who in 1675 stated that electric attraction and repulsion can act across a vacuum; Stephen Gray, who in 1729 classified materials as conductors and insulators; and C. F. du Fay who first identified the two types of electric energy that would later be called positive and negative.

The Leyden jar, a type of capacitor for electrical energy in large quantities, was invented at Leiden University by Pieter van Musschenbroek in 1745. William Watson, when experimenting with the Leyden jar, discovered in 1747 that a discharge of static electricity was equivalent to an electric current.

In 1752, Benjamin Franklin promoted his investigations of electrical energy and theories through the famous, though extremely dangerous, experiment of flying a kite through a storm-threatened sky. A key attached to the kite string sparked and charged a Leyden jar, thus establishing the link between lightning and electric power. Following these experiments he invented a lightning rod. It is either Franklin (more frequently) or Ebenezer Kinnersley of Philadelphia (less frequently) who is considered as the establisher of the convention of positive and negative electricity.

Franklin's observations aided later scientists such as Michael Faraday, Luigi Galvani, Alessandro Volta, Andr�-Marie Amp�re, and Georg Simon Ohm whose work provided the basis for modern electrical technology. The work of Faraday, Volta, Ampere, and Ohm is honored by society, in that fundamental units of electrical measurement are named after them.

Volta discovered that chemical reactions could be used to create positively charged anodes and negatively charged cathodes. When a conductor was attached between these, the difference in the electrical potential (also known as voltage) drove a current between them through the conductor. The potential difference between two points is measured in units of volts in recognition of Volta's work.

In 1800 Volta constructed the first device to produce a large electric current, later known as the electric battery. Napoleon, informed of his works, summoned him in 1801 for a command performance of his experiments. He received many medals and decorations, including the Legion d'honneur.

By the end of the 19th century electrical engineers had become a distinct profession, separate from physicists and inventors. They created companies that investigated, developed and perfected the techniques of electrical transmission, and gained support from governments all over the world for starting the first worldwide electrical telecommunication network, the telegraph network. Pioneers in this field included Werner von Siemens, founder of Siemens AG in 1847, and John Pender, founder of Cable & Wireless.